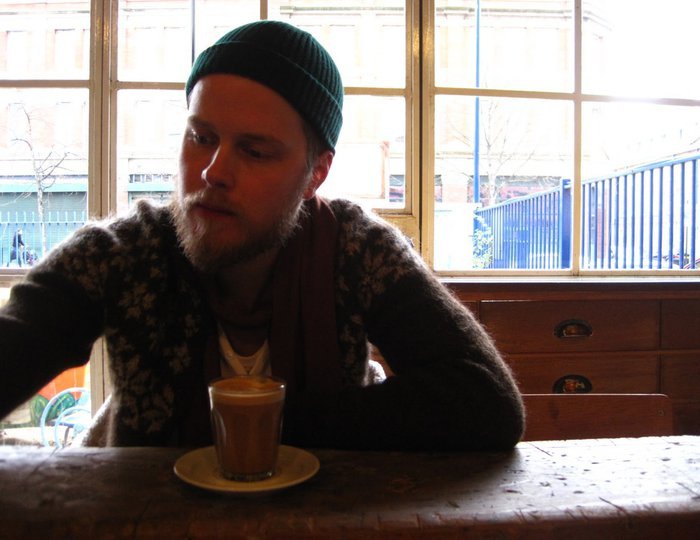 The first musical traveler that we’ve had the priviledge to interview is the wonderful Snorri Helgason from Iceland! Not only is Snorri a very talented musician but also an extremely nice guy that sports a handsome beard that is the envy of many a man. GrooveTraveler picked his brain about his views on travelling and what life is like as a touring musician.

For those who don’t know about you, can you introduce yourself?

My name is Snorri Helgason. I’m 27 and I’m from Iceland and I’ve been working full time as a musician for about 2 years. I first picked up a guitar about 10 years ago and I’ve been playing music in various forms since then. I’ve released 4 albums in the past 5 years, 2 with my former band Sprengjuhöllin and 2 solo albums I’m Gonna Put My Name On Your Door(2009) and Winter Sun(2011).

My music is folk music at its core but I listen to a lot of different kinds of music that I think influences my approach to songwriting and arranging. My main instrument is the acoustic guitar and I do most of my writing and arranging on the guitar.

Do you think that travelling has an influence on you music and/or lyrics?

Oh yes. Definitely. Traveling is one of the best things about being a musician. I love to travel and seeing new places and meeting new people and touring is the perfect way to do that. I don’t write a lot while I’m on tour because you are usually very busy and don’t have a lot of free time but I think all the touring and traveling has been very influential in my songwriting for the past few years. It’s hard to explain exactly how it works but I always feel very inspired and full of ideas when I come home from touring. It kind of charges your creative batteries.

What are the realities of travel for a touring musician like yourself?

As I said before you usually don’t have a lot of free time while you are touring so you usually don’t get to see a whole lot of the places you are touring through. Usually just the city center/old town and maybe, if you are lucky, one or two touristy places. But if you keep your mind and senses open you can get a feel for the places you travel to. Then you can return to those places later when you have more time. It’s a weird way to see the world but I love it.

If you could travel and play music in any destination in the world, where would it be?

Japan. I’ve heard so many amazing stories from musician friends of mine about japanease audiences and venues. And of course Japan is a very beautiful and interesting place to visit and I’d just love to see it and get to know the country and the people.

And I’d love to play in South America, India, Russia, Australia…. the list is endless. I guess the short answer would be that I’d like to play in every country I haven’t been to before. I want it all!

What one thing can’t you travel without (apart from your musical instrument?)

My notebook. As I said before, traveling is very inspiring and I usually get lots of ideas but I don’t necessarily have the time to think about them while I’m on tour so I have to write down to not forget them. Then I can really focus on them later when I have the time.

Anything I’m listening to at the moment. On my last tour in Poland it was a lot of Townes Van Zandt and Glenn Gould.

What have been the best and worst moments in travelling the world for you?

Touring can be very kind of gritty and unforgiving. You travel a lot so you don’t get enough sleep and you might not have a chance to take a shower for a few days and you don’t have any money to do anything. So you are tired, dirty and kind of hungry all the time which kind of makes you a bit numb.

But touring can also be very can be very romantic. And I’m a romantic. So it’s those moments that you stay with you. Having a beer on the sun deck on the ferry from Cape Breton to Newfoundland on a very, very starlit night. Driving through the french riviera at dusk with my friends in Hjaltalín and eating cheese. Drinking moonshine from a russian orthodox monastery in north-east Poland and watching family guy. Walking around Greenwich Village with a guitar case in the cold.

The worst moments usually have something to do with Ryanair and/or heartless airport nazis. Getting charged some ridiculous fee for overweight luggage. Being forced to check in my acoustic guitar and having it broken. Stuff like that really pisses me off.

Iceland Airwaves is of course a fantastic festival held here in Reykjavík in October every year. But that is getting pretty big so I guess most people know about  it. LungA festival in Seyðisfjörður in the east fjords of Iceland is a great festival too. Aldrei Fór Ég Suður festival in Ísafjörður is always a lot of fun.

What’s your all time favourite place that you’ve travelled to as a muscician?

That is a very tough thing to say. But if I’d have to choose one place it would be Canada. I’ve been there quite a few times and I just love being there. It makes me feel good. But Polish audiences are the best. 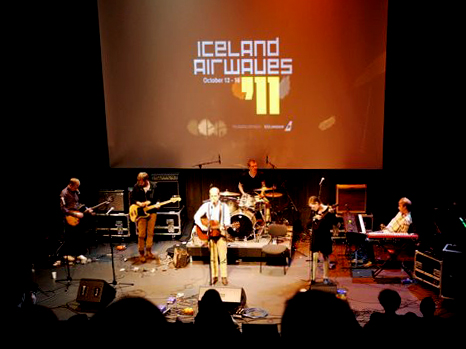