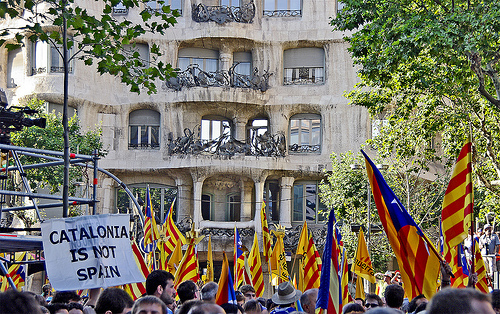 Barcelona is the capital city of Catalonia and an autonomous community of Spain. It is regarded as one of the most sought after tourist destinations in the country. The city was founded as a Roman city and possesses a famous historical background. UNESCO has declared eight world heritage sites in the city alone. The Barcelona Cathedral and National museum of Catalonia are popular tourist attractions. Manel, Els Amics de les arts, Terápia de Shock are three popular Catalan music bands of Barcelona. People visiting Barcelona must not miss the concerts of these popular groups.

Manel is a very popular Catalan music band who specialize in indie pop music. Their musical flavor touches the essence of pop and folk music. The band came into existence in 2007 and their first album “Els millors professors europeus” was released in 2008. They were the finalists at the 2007 Sona9 music competition and this exposure gained them a lot of fans and followers throughout the country. Dona estrangera, a music video directed by Sergi Pérez Mañas received the “best video” award at 2008 Cinemad. “10 milles per veure una bona armadura” was their second album and it became the bestselling music album in ten days.

Els Amics de les arts is another famous Catalonian Folk pop band. Their first music album came out in 2005 and later they were awarded as the best group of Sona9. Their second album “Roulotte Polar” was well received by the audiences. “Castafiore Cabaret” was their first Studio album that launched in 2008. Eduard Costa Garangou is the lead singer of the band. Their latest album, “Espècies per catalogar” was releases in 2012. They are sponsored and funded by big brands like Pistatxo Records and Discmedi. It’s a treat to watch them perform live – and if coming to see them play in the Catalan capital, one can find great accommodation in Barcelona through Oh-Barcelona.com.

There are various pop rock bands in Barcelona but Terápia de Shock is undoubtedly one of the best. They are known for the soundtrack they produced for the series of TV3 red dust. The group came together in 2006 but they took some time to establish themselves “Escapa’t amb mi” was released in 2008 and they won Enderrock award for being the best Disclosure Group. “Tota la nit” was launced in 2010 and it marked the entry of Power rock in Catalonia. This album was a huge hit among the common people of Spain. Their next big was performing at a massive concert at the Sala Apolo in Barcelona. You can catch their electrifying concerts while staying in Barcelona.

Barcelona is a great place, the locals rich cultural heritage and music gives them a unique identity. The music concerts, shows and theaters provide added attractions. The charming elegance of folk music produced by bands like Manel and Els Amics de les arts produce a majestic ambience at the concerts and shows. This is one of the best ways of soaking in the flavor of Catalonia. The common people of Barcelona are very friendly and one can easily interact with them to know more about the local heritage.