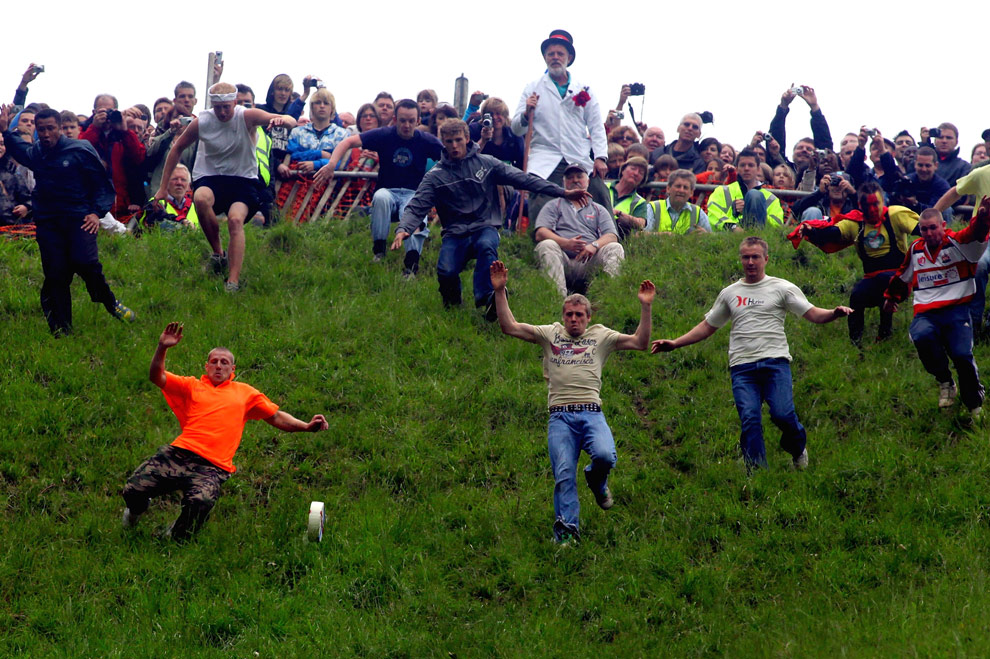 Everybody loves festivals: they are fun, entertaining and they help you let off some steam from time to time. However, while some of them are peaceful, others are far more dangerous and people often get injured or even killed. Let’s look at the top 5 most dangerous festivals in the world.

Running Of The Bulls

Running Of The Bulls is undoubtedly one of the most-known festivals, mainly due to the danger it involves. The festival takes place in Spain between July 6-14 and, just as the name implies, people attempt to outrun more than 10 angry bulls. Throughout the years, tens of people have died due to injuries caused by the bulls (mainly trampling and goring) and many others were scarred for life. If you think about going to this Spanish festival, you should certainly think about getting a travel insurance – after all, better be safe than sorry!

Cooper’s Hill Cheese Rolling Contest is a festival held every year in Gloucester, England. At first, this festival seems harmless, but concussions and broken bones are extremely common during the festival. Basically, the participants simply hunt a round double Gloucester cheese down the bumpy hill. It is virtually impossible not to trip and fall down the hill at least once!

This is a Japanese festival that takes place one day after Valentine’s Day, on February 15th. This is a brutal festival where people divide into two large groups, grab bamboo poles and they simply start to fight and cause injuries on their enemies. The legend says that the winning group will enjoy a prosperous year and that the rice harvest will be bountiful for the entire year. One thing is for sure: despite the fact that Takeuchi Matsuri attracts hundreds of curious visitors, it is anything but safe, no matter if you are a participant or a passer-by!

The Onbashira Festival also takes place in Japan, the sole difference is that it takes place every six year – and many people have lost their lives each time. This is a very old festival, since it has been celebrated in Japan for more than a thousand years. Basically, during the Onbashira Festival huge trees are cut down, carefully carved and decorated and then groups of men simply drag down the logs on a bumpy terrain. Participating in the festival is considered to be an act of bravery, even though everybody is aware of the dangers it involves.

Last, but certainly not least, the Kirkpinar Wrestling Festival is also one of the most dangerous festivals worldwide. Held every year in Turkey, the Kirkpinar Wrestling Festival has become a national obsession – the sole difference is that there are absolutely no rules here, which means that the participants are free to fight as they wish. The lack of rules, along with the fact that participants must grab each other’s leather strap (which is hold between the legs!) is what makes the festival truly challenging and dangerous!

To summarize, these are the top 5 most dangerous festivals in the world. If you think about participating in one of them, or you just want to be a spectator, then you might want to learn more about travel insurance coverage before you do so. Insurance can prevent unpleasant situations if you get hurt, as you won’t have to spend a small fortune in the hospital to get well – besides, such insurance is very affordable as well. Better have it and not need it than the other way round!