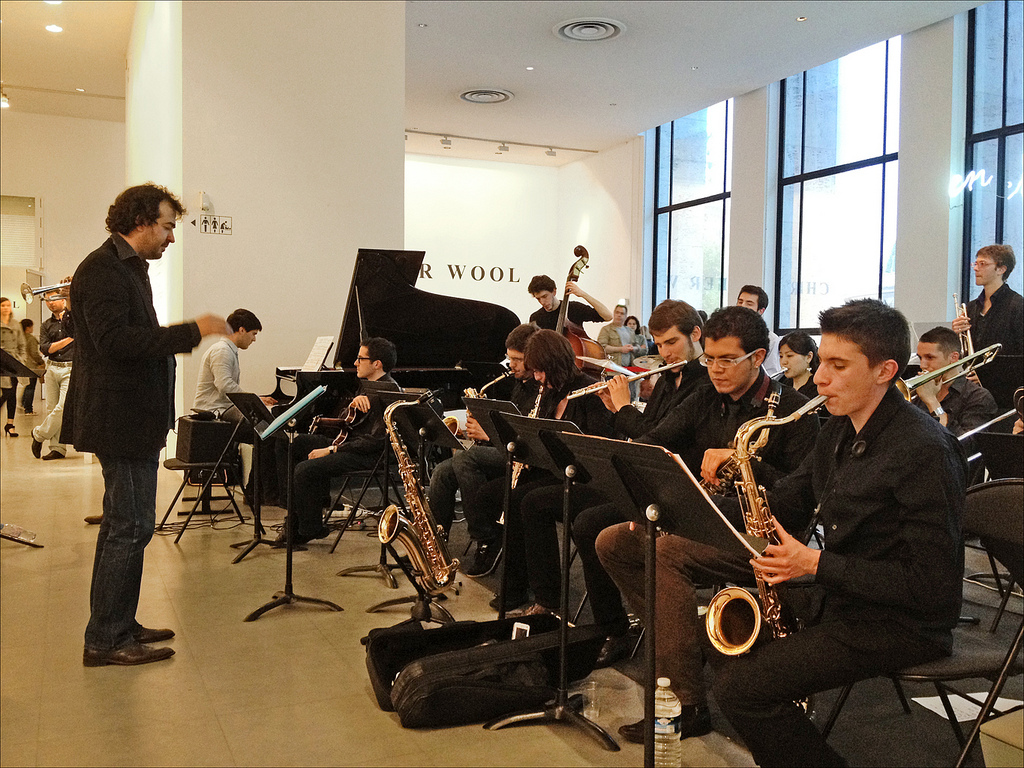 Plato has described music to be a more potent instrument for education than any other. How right he was. Catering for people of all ages, music is one of the most indiscriminate of all education forms and makes no judgment on any grounds of sex, religion or race. For travelers interested in the concept of exploring the world through music, studying music abroad in some of the best schools of the world, might prove a pretty groovy prospect. Here’s GrooveTravelers guide to some of the best music schools and conservatories in the world.

The Vienna Conservatory was founded in 1817 with the initial idea for it was a replica of the Paris Conservatoire. Starting life first as a singing school, probably due to limited available funds, the institute has now grown to offer courses in a number of orchestral instruments. With a current study body of over 3,000, the Vienna Conservatory is the largest institution of its kind in Austria and one of the largest in the world. With firm roots in Viennese musical traditions as a starting point, the modern curriculum is very demanding and each study and course has separate admission requirements that involve a demonstration of skill and competency.

Established in 1866 by founder Nikolai Rubinstein, a pianist and conductor, Tchaikovsky Conservatory is now one of the best known and most reputed Russian centers for musicologists and music research. Not many music schools have produced so many winners of most prestigious international competitions as this one (especially among pianists, violinists and cellists). Home to around 1,000 students and about 160 postgraduates, this Russian school also has a music school (high school level) that offers 11 degree-style courses to hundreds of talented children around the globe.

The World’s Best Music Schools: The Royal Conservatory of Music in Canada

The Conservatory of Music in Canada started out in 1886 as an independent, nonprofit institution. With a music curriculum developed by people from all the regions of Canada, the Royal Conservatory boasts outstanding alumni including Emm Gryner, Richard Raymond, Amanda Marshall, Glenn Gould and Stephen Ham. Each year the Conservatory imparts music training to over 1,400 public school teachers in the latest music and arts-based learning methodologies to help forge greater levels of student engagement and ingrain creativity into the routine activities of students around the country.

One of the oldest music schools in the world, the Paris Conservatoire was born in 1795, led by the French National Convention. In 1800, Sarrette took charge of the institution and shifted the teachings of the Conservatory to also extend to drama and dance (therefore pre-empting its name change to The National Conservatory of Music and Dramatic Arts). Christian Portzamparc, designer of the entire City of Music, has created one of the world’s most breathtaking music schools and one that invites some 1200 students to make the best use of its resources. With three rooms available for public performances, 170 rooms and working studios, a restaurant, housing and even a gymnasium, the Paris Conservatoire has seamlessly shifted into the modern age.

Located in New York, Julliard School was founded in 1905 as the Institute of Musical Art and stands tall in the list of destinations for students who want to study music abroad. Now standing at Lincoln Center, the college has around 800 students and instructs in music, dance and theater. Boasting one of the lowest acceptance rates in the United States (7%), the Julliard School prepares its students at various levels to have a complete mastery over their instruments, voice and composition. Alumni have collectively bagged more than 24 Academy Awards, 62 Tony Awards, 105 Grammy Awards, 47 Emmy Awards, 16 Pulitzer Prizes and 12 National Medals for the Arts. With a huge library of over 75,000 scores and more than 20,000 recordings, as well as being home to 253 pianos, which shouldn’t make finding a private piano teacher too hard, Julliard School is undoubtedly one of the top picks for students interested in finding their musical pathways overseas. No matter where you go to study, if it is music that arouses emotions and moods in you then what better way to acquire and further your art than studying in some of the world’s best music schools around the globe? Travel and education go hand in hand after all.