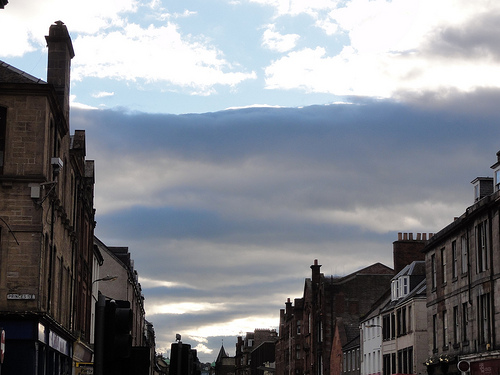 Have you ever tried travelling unprepared? It’s like trying to climb Everest while wearing nothing but a pair of Converse, a tatty pair of denim jeans and a t-shirt which reads “I Heart Everest” on the front.

Heading for a flight without making preparations is tantamount to wandering blithely into your very own aneurysm. Numerous studies have found that a vast majority of people find flight travel more stressful than moving house.

With this in mind, you’ll have to be ready to face a straining journey. But there’s plenty you can do to remove the stress from your travel-weary brain. Here are just a few of your stress-relieving options.

Airport car parks are seemingly always full to the brim. People leaving their vehicles while they’re on holiday fills a ton of spaces, leaving you with the hassle of having to try to find a spot.

And trying to negotiate these places is like trying to orienteer without a compass. You’ll be driving round and round, eyeing up empty spaces only to see them filled in rapid time. They’re so labyrinthine that you half-expect to see a minotaur chasing you.

So before you drive to the airport, make sure you’ve purchased an effective place to park your car during your holiday. Secure parking Edinburgh is a great example of this, providing parking outside of Edinburgh Airport and shuttling you straight to your terminal.

Although these services are designed for those with a bit of extra shrapnel in their pocket, they won’t generally cost you an arm and a leg.

People don’t usually enthuse about plugs. If your mate whipped out his favourite 9V AC adapter from his pocket and told you why it was so great, you’d probably back away from him. Party conversation is almost 100 per cent guaranteed to ebb when someone mentions their favourite sparkplug.

Yet the world of volts and adapters becomes vital when you’re trapped in a departure lounge. In these famously boring lounges, you need as much entertainment as possible. So just imagine a nightmare scenario in which your laptop runs out of juice and you’ve got naff all to do.

Before you sit down in any old seat in the departure lounge, make sure you’ve located yourself next to a plug socket. Moreover, carry a universal adapter with you at all times – you never know when it might come in handy.

There’s a whole world outside of the airport – so why are you confining yourself to it like you’re being held captive?

Before you sidle up to the ticket desk, take a daytrip around the surrounding area. Just make sure you don’t enjoy yourself too much – you don’t want to lose track of time and miss your flight!