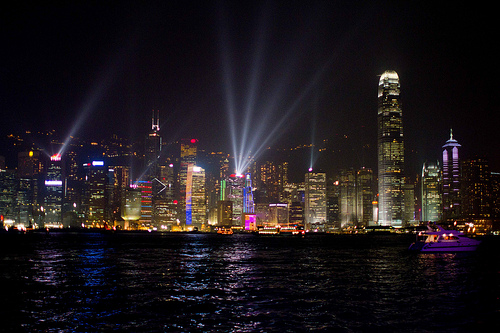 Known for its remarkable skyline and impressive nightlife, there is more to Hong Kong that meets the eye. The city boasts of some of the best clubs in the continent, which are frequented by people who adorn the pages of illustrious magazines. These clubs offer several recreational activities, along with some shimmering music being played till the wee hours of the morning.

The Royal Hong Kong Yacht club (香港遊艇會) is one of the oldest and the most prestigious on the list. It was founded in 1894 and accepts membership based on the applicants’ interest in rowing and sailing. It has three bases, all of which have water facilities with the Kellett Island, the primary one, and Shelter Cove and Repulse Bay, the two smaller ones. The club has several restaurants, a bowling alley, swimming pool and squash courts, and also offers rowing and sailing courses.

The Hong Kong Golf club has a wait list of over 20 years, with its central attraction being the 9-hole golf course at Deep Water Bay. With personalities like Li Ka-Shing playing a few holes every morning at this club, it is a matter of pride for golfers enrolled in this one.

Dragon-I is known for the most happening dance floor, and is adorned with a fusion of New York and Asian style. It is located in Lan Kwai Fong and features private booth style seating amid an exotic ambience created by lantern lights. The club has a peculiar policy, though, of live birds kept in cages all around. To visit this one, one needs to plan in advance and make a reservation to be part of their exclusive guest list.

The king of clubs in Hong Kong is undeniably the Mint, which has one of most strict door policies. It allows entry exclusively to club members; the membership fee for which is exorbitant. There are a few nights in a week though, which are accessible for non-members. The club resembles a palace with a gigantic chandelier, paintings by Damien Hirst, and an aquarium that hosts black-tip sharks. Its guest list is comprised of the most famous people from around the world.

Another club situated in Lan Kwai Fong (蘭桂坊) is ‘Finds’ that has boasts of elite gentry in its guest list. The club is marked in simple colours with a wooden décor and has an impressively huge balcony that gives an unparalleled view of the party crowds on the street below. While socialising is a more prominent feature here, it does have some top DJ’s playing on weekends along with some excellent cocktails.

If thumping music is something that one is looking for, Volar is the club to be at. It houses some of the best DJs from the area and other corners of the world, and is known to have the music playing till the last dancer on the floor. The place attracts celebrities and world-renowned personalities, and offers a distinctive ambience that gets crowded past midnight.

Dusk Till Dawn stands true to its name and is a place to have some unpretentious fun where there’s no one glancing down at your shoes and belt. The club witnesses overwhelming crowds over the weekends, as expats, locals and flight crews assemble on the dance floor with some amazing Filipino bands playing the hits of the last two decades.

The clubs in Hong Kong offer a variety of recreational activities that include hiking, sailing, football, golf, etc. With the most elite and powerful yearning to be part of their guest lists, most of them have stringent door policies, and either allows only members or guests who have made their reservations much in advance. It’s handy to keep a credit card (信用卡) or a charge card when planning a trip to any of these. As these are exorbitant places, one would be saved from the hassle of carrying scores of cash for themselves.