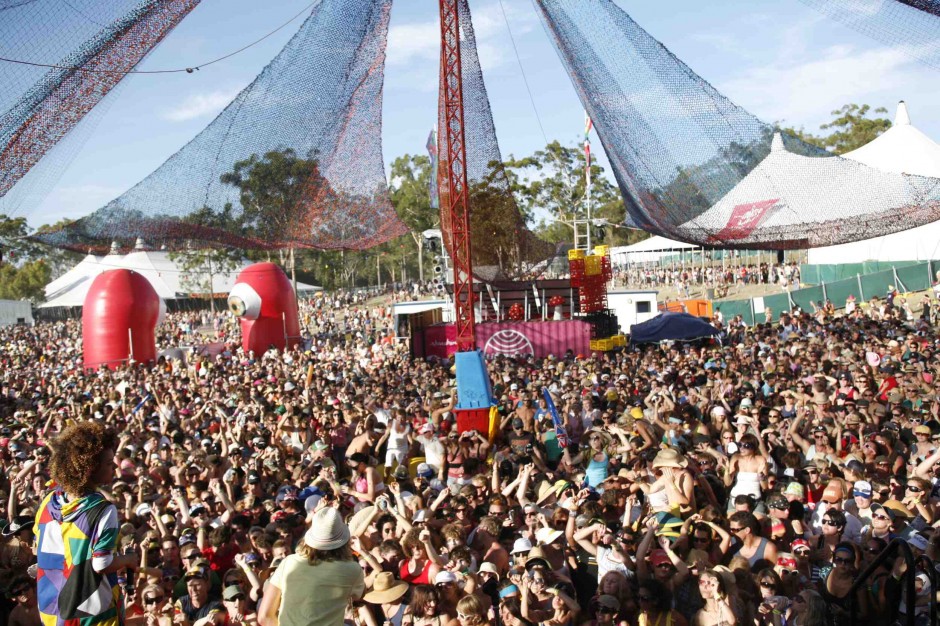 If you’re traveling over to Australia this winter you’ll be happy to hear that, due to something they call the southern hemisphere, you’ll soon be basked in a sunny glow of music festivals and ridiculous sun hats. For your convenience, we here at Groovetraveler have compiled a list of the best Australian music festivals to give you some direction down under, in your boozed-up haze.

If you’ve never heard of the Big Day Out music festival in Australia, the likelihood is you’ve never been to Australia. BDO is one of the largest, most mainstream – and with it, most popular – music festivals across all of Australia, and the past lineups only back up this statement, featuring the likes of Nirvana, Red Hot Chili Peppers, Neil Young, and the Ramones.

Featuring a popular combination of rock and indie pop, St. Jerome’s Laneway Festival is the only music festival on this list to have gone international, taking place at cities across Australia including Adelaide, Auckland, Brisbane, Melbourne, Perth, Sydney, and… Singapore.

Founded in Melbourne in 2004, Laneway takes place between the end of February and the start of March, and is famed for having the actual festival itself take place between small laneways and passages throughout its host cities, resulting in tiny but hugely passionate crowds.

The Falls Festival, taking place between December 29 and new years day each year is a new years celebration not possible across much of the world. Taking place in Lorne, Victoria, and Marion Bay, Tasmania simultaneously, bands and artists perform at both locations, swapping halfway through the festival. An incredibly popular way for the Australian public to see in the new year, recent performers at the simultaneous festivals have included the Yeah Yeah Yeahs and Grizzly Bear, to name but a few.

Less rude than its name gives it credit for, SITG takes place during the end of July, Australia’s winter time, though it’s fair to argue that winter in Australia can’t level up with winter across the northern hemisphere. Popular among critics and the Australian public alike, festival-goers come from all around to experience this unique, often mud-filled rock, hip hop, and electro festival in Belongil Fields, near Byron Bay.

Meredith Music Festival, taking place in December in Meredith, Victoria, is sometimes comparable more to an art exhibition than a music festival. Famously giving festival-goers their three rules of entry upon arrival (no glass, no bean bags, no dickheads), the festival features a heavy amount of electro and art rock.

There we have it! The top five Australian music festivals according to us here at Groovetraveler. But don’t take our word for it, you hardly know us after all. Head on down under and let us know what you think!