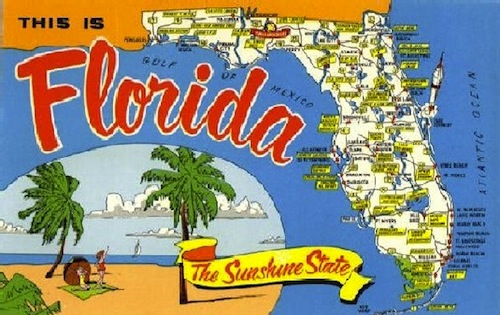 Florida is full of great musicians. Aside from the famous childhood songs that echo through the Walt Disney World Resort in Florida, you will find that there is plenty of great music to hear throughout the state. In this article, you will discover the best music acts you must check out that are from the wonderful sunshine state of Florida. Their styles are all wildly different, but their love of their home state is consistent throughout. If you’re headed down to Florida anytime soon, put these guys on your playlist to get in the mood.

Dashboard Confessional is a professional American rock band known for their beautifully crafted music. Having gotten started in their music career and forming the band in Boca Raton, they have performed all throughout Florida ever since the early 2000’s. They continue to tour all throughout the Florida state in many amphitheaters and stadiums. They also have a long list of tours in Europe and other countries, so they perform all throughout the Globe with their fun music. Chris Carrabba is the head of the band, and he creates some great music very well with the band. Watch one of their shows before heading down to the other great destinations in Florida.

Lynyrd Skynyrd is known for their legendary southern rock music. Having been performing for longer than 45 years, they have been in the industry with some of the best music. In Florida, they continue to perform at some amazing places with their stunning music. There are plenty of people who just love their albums. They are known for many songs, but they rose to a higher amount of recognition when they made the song “Sweet Home Alabama”. Back in March of 2006, they achieved massive success once they became inducted into the Rock and Roll Hall Of Fame. The respect and professionalism that they have achieved makes them one of the best rock bands in the history of music since the 60’s.

If you are Florida and want to get to know an amazingly respected band, The Allman Brothers Band are the people worth checking out. Like Lynyrd Skynyrd, they too have been inducted into the Rock and Roll Hall of Fame. Back in 2004, Rolling Stone considered them #54 best musicians of the year. The music that they make is very unique and different. There are plenty of people who have watched them all throughout the world, including New York and all throughout the United States. You can still catch them at some of the world’s best stadiums and arenas in Florida.

Most people head to Disney World when they visit the sunshine state. If you are going to Florida to experience a musical excursion, grab Disney Land Florida Tickets when visiting to be immersed in some other kinds of amazing music. Shows like Dream Along With Mickey and the Wishes! Fireworks show are amazingly crafted with some amazing music.

Of course, the Allman Brothers Band won’t be there, but that doesn’t mean you can’t find vocal lessons and jam out to some of their favorite songs while heading to Florida.