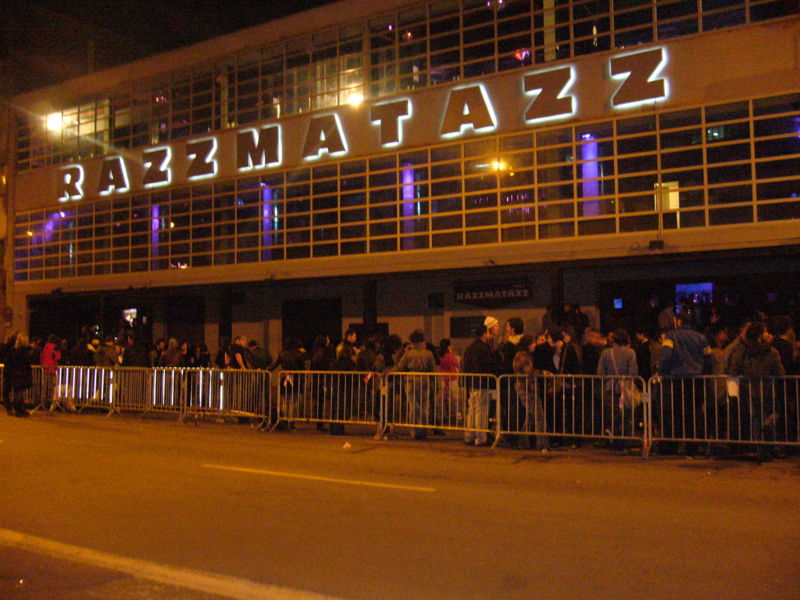 Barcelona is one of the most beautiful cities in Spain, and is also one of its famous tourist destinations. Sitting on the Mediterranean coast, the number of events, carnivals, gigs and fairs going down in the city’s many pubs and bars is second to none. Here’s some of GrooveTraveler’s favourite picks.

Razzmatazz: The Most Popular Place to Be

Razzmatazz is one of the most popular venues in Barcelona for live music. It is built in one of the city’s most magnificent streets and is frequented by the most elite crowds in the city. It is most famous as a super-club of international standard. Apart from this, Razzmatazz is a great place to catch bands play live. The atmosphere is exuberant and the crowds are always open to new genres of music. There are five rooms in the venue. The biggest of them are Razzmatazz and The Club. There are three smaller rooms, called Lolita, Rex Club and the Pop Bar.

There are two spaces, called Apollo 1 and Apollo 2. What you must keep in mind is that they are referred to differently in advertisements. Apollo 2 is simply called [2], and Apollo 1 is commonly called Nitsa Club during the weekends. Apollo 1 is the largest of the two, and is a marvel as far as aesthetics are concerned. It is a dance hall that dates back to the nineteen forties, with crushed velvet and an elaborately built dance floor with red lights and banquettes around the edge. Apollo 2 has been refurbished recently, and is newer. It is currently a great venue for DJs and live bands alike.

The Sidecar Factory Club is one that all locals like. Located on Placa Reial, the club is oriented towards rock and roll, and it has everything you need to completely be at ease. Dim lighting, spacious corners and a smoky atmosphere are what this place is all about! Although it is not as posh as Razzmatazz or the Apollos, some of the bands that play there have some interesting genres to offer, ranging from jazz and blues to indie to rock. If you visit on a Thursday, Friday or Saturday, you will be rewarded with some great indie rock music too.

This club is situated at the back of a massive mall in the Les Corts district. It has two large rooms that are separated by a wall which is rolled up when the live band finishes and the clubbing starts. It is a place that is loved by all hip-hop and jazz artists as well as some dance troupes, so you can expect to have a great time here.

Depending on your budget and your requirements, there are a number of decently priced Barcelona hotels you can stay in. If you want to stay in the heart of the city, check out the places on the Placa Reial. Other options a bit further afield include those in the Las Ramblas area but you’ll be well served by the metro and buses for getting around the city and to the venues mentioned above.

Barcelona’s music is influenced by a number of different styles. This means that you will be exposed to a variety of genres, vibrant nightlife and talented musicians. Enjoy!