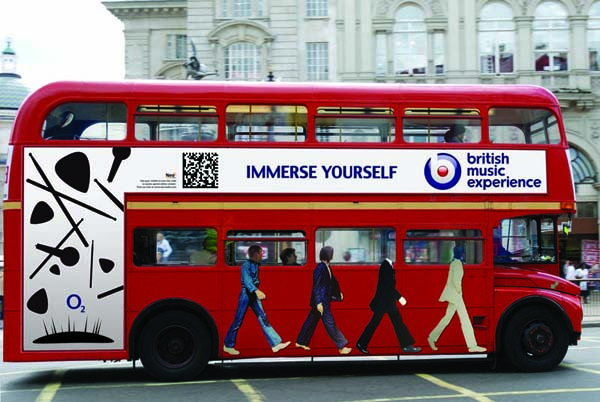 London’s love affair with music spans centuries, and just like any fickle lover, London can’t decide which she likes best. From baroque to heavy metal, pop to punk, London has been the breeding ground for some of the most influential music ever created. Join us as we seek out some of the most iconic sights and current hot spots that will have any music fan loving London. 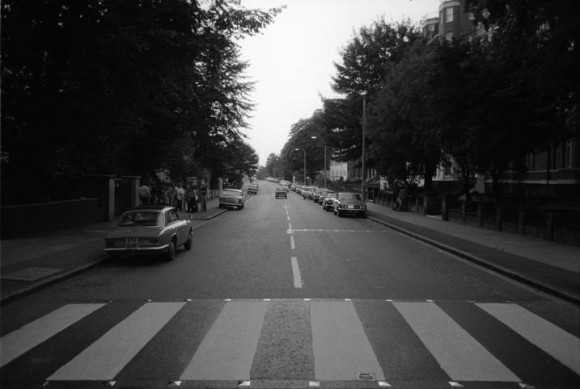 Undoubtedly the most famous crosswalk in the world is Abbey Road. In August of 1969, the Beatles walked outside the Abbey Road Studios in St. John’s Wood for the photoshoot that would make history. Since that day, thousands of fans and other artists such as The Red Hot Chili Peppers and One Direction, as well as performers like Benny HIll and Sesame Street, have recreated the classic photo.

Any good muso will have to recreate the photo for themselves, but be wary of traffic. Abbey Road is in a residential area and the locals are weary of the crosswalk choked with tourists attempting to synchronize their steps for the perfect photo. 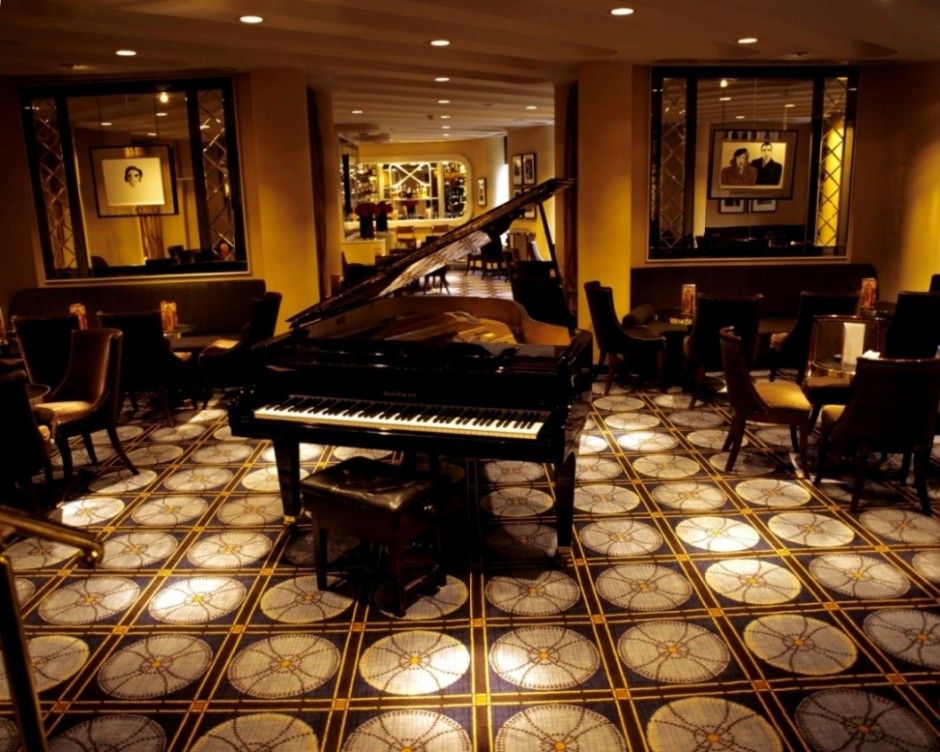 Located in Westminster, the Savoy Hotel is iconic for its luxury and history, both music-related and not. Opened in 1889, musicians from every era have stayed and played at the Savoy. Entertainment included Frank Sinatra, Judy Garland and George Gershwin and the guestbook read like a Who’s Who list, with names such as Enrico Caruso, Barbra Streisand and the Beatles gracing the ranks.

However, the little video shot in the alley outside the hotel may be the only reason to visit the Savoy if you’re not fortunate enough to stay there. In 1965, Bob Dylan filmed “Subterranean Homesick Blues” here after he and Donovan stayed up all night writing the cue cards.

Still if the Savoy is a little too dear for you to stay in worry not. You can find great deals on London Hotels at Expedia and visit without feeling the blues of having spent too much! 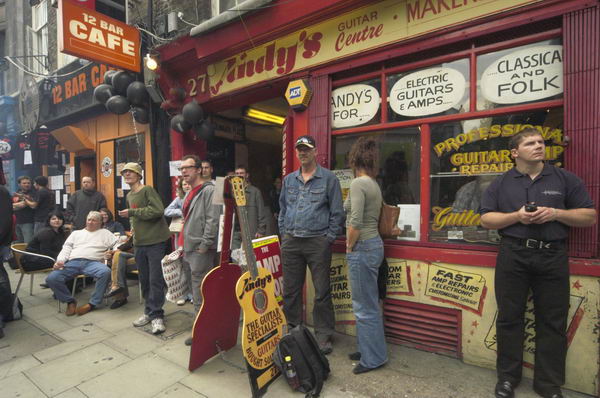 Denmark Street, more popularly known as “Tin Pan Alley”, is arguably one of the most musically significant areas in the world. Home to music studios and instrument shops, Tin Pan Alley was a hotbed of musical genius in the 1960’s and 1970’s. The Rolling Stones, Elton John, Jimi Hendrix, the Kinks and the Sex Pistols all wrote and recorded music here. 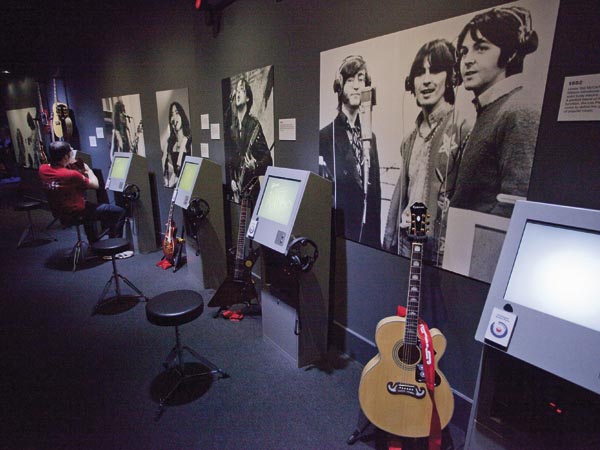 Dedicated to all things music and Brit, the British Music Experience combines audio/video technology with a staggering archive of music memorabilia and rotating special exhibits. And with so many cheap flights to London, it’s possible to go back and see more than one special exhibit.

Would you like to see the Union Jack bondage suit designed for the Sex Pistols by Vivienne Westwood? How about a stage cape worn by Ozzy Osbourne? Freddy Mercury’s jacket and pants? Ziggy Stardust’s make-up? John Lennon’s eyeglasses? All of these treasures and more are on display. The Gibson Interactive Studio also gives visitors the opportunity to play and record their own music, using state-of-the-art equipment.

Definitely not your parents’ museum. 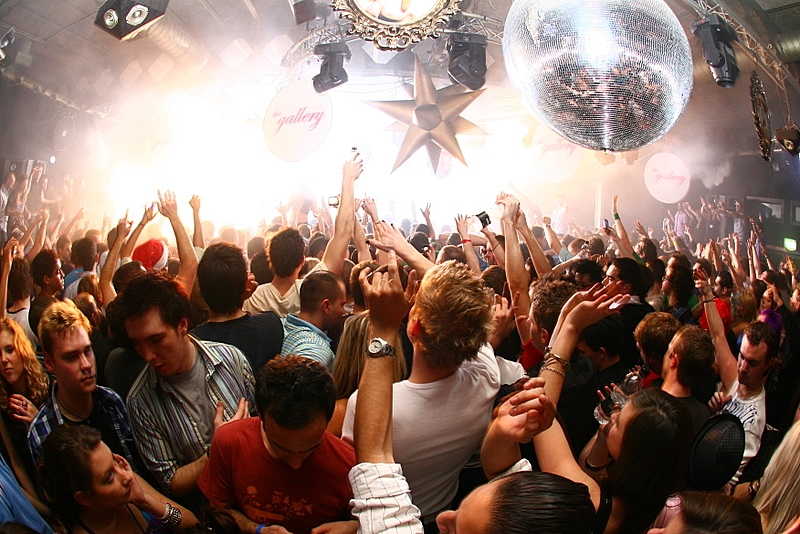 London’s music scene is far more than historical sights and museums. The rise in the popularity of electronic music in mega-clubs like Ministry of Sound, Pacha and Fabric define London nightlife and solidify its position on the international level. Cargo, Favela London, and T Bar offer a more intimate, but no less swanky, DJ bar experience. Additional clubs offer jazz, Latin, metal, punk and other live music options. Twickenham Stadium, Royal Albert Hall and other venues showcase the world’s top touring acts, and no list would be complete without a nod to Glastonbury, one of the world’s largest and longest running music festivals.

Whether your preference is an homage to green mohawks and safety pins or an elbow rub with London’s trendy elite, the London music scene offers something for everyone.