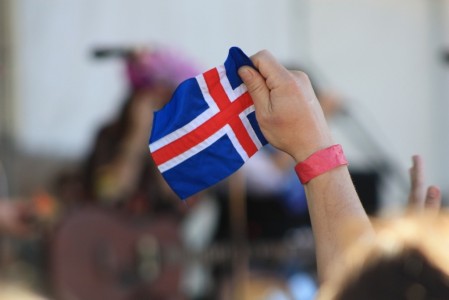 Sounds that fall into a melting technicolour dreamcoat made from LSD — that’s how the St Jerome’s Laneway festival describes the experience. A rather big claim given that we had no intention, or rather—access—to first-class drugs.

But the festival didn’t disappoint.

For those of you who are unfamiliar, the summer event brings some of the hottest global indie and electronic acts and spans across New Zealand, Australia, and Singapore.

This year’s casting includes a strong international lineup including: Of Monsters and Men, Alt-J, Flume, and Tame Impala.  The former has seen a quick rise in worldwide music charts and is by far one of Laneway’s biggest draw cards.

The riotously and sweetly cool Icelandic band is arguably one of the greatest cultural exports to come out of the icy Viking shores since rotten shark and Bjork, and is an absolute corker of a live performance. 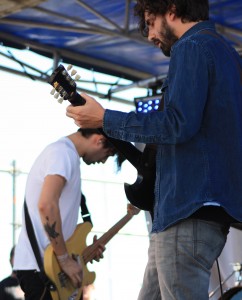 Unlike Sigur Ros, which can be an acquired taste to some, it’s almost impossible to dislike this seven-man-band, which is headed by singers Nanna Bryndís Hilmarsdóttir and Ragnar Þórhallsson (try saying that one sober). The dynamic fist-pumping lyrics tell stories of love, nature, and folklore and are perfectly accompanied by accordions, trumpets and glockenspiels.

It came as no surprise then that festival goers, some yielding Icelandic flags, congregated in bubbled masses in front of the stage well in advance, eager for a chance to glimpse upon the vocalists behind the syrupy choruses.

But the highly anticipated European gig wasn’t the only thing that Laneway had going for itself.  The large silos standing broadly against the Auckland waterfront skyline were cleverly put to use. Joining forces with Redbull, the Thunderdome was a rave-like setting inside one of these air-conditioned storage towers and added another layer to the already vibrant festival. 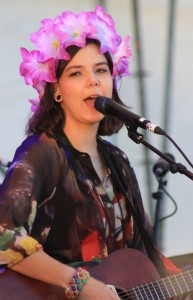 Other crowd favorites included Jessie War, whose song ‘Wildest Moments’ played at our heartstrings (a real contender for song of the year) and Alt-J, the UK band renowned for mixing folk-inflected dub-pop.

Even without the effects of LSD and alcohol the 2013 Laneway festival delivers the goods and is well worth the parking fines.  A strong lineup of entertainers, easy to navigate festival layout, buzzing atmosphere and smoothly run production makes this one event you won’t want to miss.

The Laneway is hitting Australian shores next, check out their website to find dates. 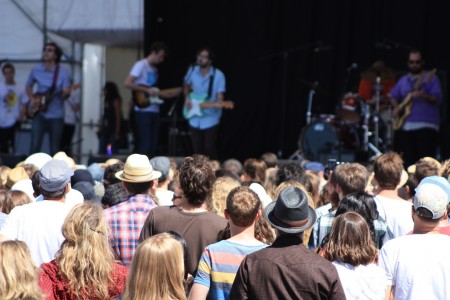