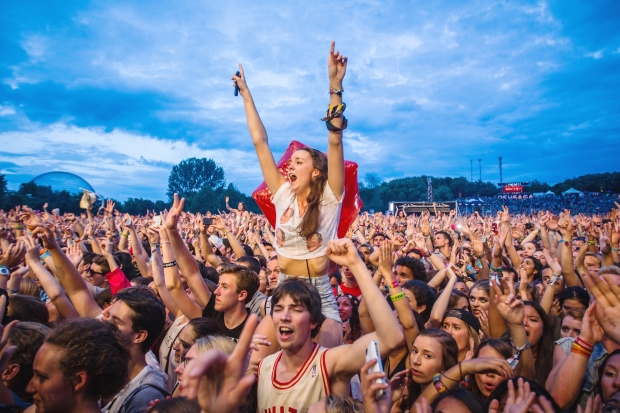 If you haven’t noticed yet, festival season has hit Canada. All across the nation, the biggest names in music are rolling in to rock out at some of the world’s most anticipated music fests. Whether you have tickets for Osheaga in Montreal, North By Northeast (NXNE) in Toronto, or the Winnipeg Folk Fest, you’re bound to see some amazing sets and meet some interesting people out on the green. But more than seeing your favourite bands live, you wonder what it would be like to be the one on the stage, performing for thousands (if not hundreds of thousands) of people.

In that case, you better get practicing. None of the bands you’ll see this summer just rolled into their spots on tour. Each and every one of them earned their dues by playing small gigs for disinterested bar patrons and peddling their album to friends and family. Indie band Alt-j started recording in their dorm rooms at Leeds University and played tiny shows on and off campus before their album blew up in the UK and across the world. Across the pond, Lady Gaga had been playing New York nightclubs since she was 14 – that’s eight whole years before her album Fame was even released!

So temper your nights watching The Last Waltz and fantasizing about meeting groupies with some good, old fashioned practice. As much as any music career needs lofty hopes and dreams of success, itultimately relies on a foundation of skill. That doesn’t mean you have to be the next Jimmy Page or Brian May to be successful, but you do need to know your way around an instrument. You need to develop your own tone and style before you hit the bars and convince people that your music needs to be heard.

Build your foundation out of the strongest material by brushing up on your guitar picking technique. Lessons with a seasoned professional can help you perfect your skills. But better yet, you can pick their brain about how to make it in the business. To sign up for lessons, Check out your local Long & McQuade music store. Besides having the best selection of guitars, keyboards, and whatever else you’ll need for your career, each and every one of the 63 locations across Canada offers private music lessons. Taught by skilled instructors, you can have a better understanding of your instrument and style in no time.

On those rare weekends you aren’t camping out and surviving mosh pits in front of the stage, spend some quality time with your instructor and learn what it takes to play. Coupled with a lot of determination and a little bit of luck, you could be on the lineup for Osheaga next year, watching other people dreaming about being in your place on the stage.