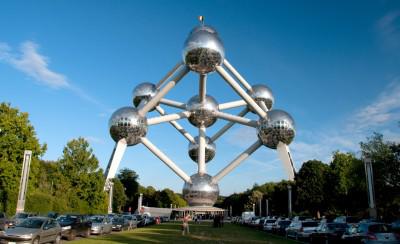 Once they’ve visited the Grand Palace and sampled local chocolate and beer, visitors to Brussels can be overwhelmed by the number of people crowding to see the same attractions. Those visiting Brussels can avoid the biggest crowds of tourists by sticking to smaller sites that, while not as famous as the Manneken Pis, may be more rewarding in the long run. Read on for six great sightseeing opportunities that most people miss out on when they tour the Belgian city.

Listed by the Guardian as one of the ten best European flea markets, the daily market at Place du Jeu de Balle runs every morning from 7 a.m. to noon. Antiques share space with other items sold by the more than 200 vendors. Some newer items represent great deals as well — others are great opportunities to learn the meaning of “buyer beware.” Whether you’re shopping or just looking, this flea market is a fun and eye-catching excursion in the Belgian capital. After the other sellers go home, the surrounding streets have a nice selection of small shops for people who didn’t find quite what they were looking for — yet.

King Leopold II was passionate about Asian art and design. During his reign he collected ceramics, cloisonné, art and plants from Asia, as well as commissioned Japanese- and Chinese-style pavilions to be built. Reportedly, the king began his collection after viewing the Asian exhibits in the 1900 Universal Exhibition in Paris. These are now housed in Laeken, where the pavilions are.

Specialty cars built for real-life use, as well as some weird and futuristic designs that never made it beyond prototype production can be found at Autoworld. This museum features 250 different vehicles and aims to show transportation’s development over the last century. Motorcycles, racing and turn-of-the-century cars all have a place at Autoworld. Some of the cars here came from the Belgian royal family’s private collection.

Brussels is famous for its comics and has been declared the European Capital of Comics, largely because of the success of the Smurfs and Tintin, both Belgian creations. The city has a Comic Strip Centre, which receives a lot of tourist traffic, but less visited are the comic strip murals placed throughout the city. These murals decorate walls in the inner city as well as in the Laeken and Auderghem areas. The strips feature characters by well-known Belgian artists. The project, meant to promote Brussels’ comics, began in 1991 and now consists of 50 murals. A bicycling route to see the comic strip murals has been planned out, with tours available if you don’t feel like going alone. Inquire at the local tourist information to find the route.

A sculpture built for the 1952 World Expo, the Atomium is a vast replica of an iron molecule: It’s 165 million times larger than the real thing. Some visitors find it garish, but locals embrace it as a structure that makes their skyline unique. There’s an exhibition center aimed at children below the sculpture, and visitors can also ascend the 102-meter structure to take in the great view of the city. When you get to the top, there’s a viewing station that points out other landmarks of interest in the city as well as a restaurant.

An arty neighborhood that’s worth exploring for its ambiance, and assortment of bars and restaurants, Saint-Gery doesn’t pull in the crowds the Grand Palace does and will let you relax in the daytime. At night, the crowds pick up and the area turns into a go-to locale for locals looking for nightlife. DJs and bands play for the crowds. In all, this is a great place to book a bed and breakfast in Brussels, as it offers a mix of fun and convenience.

About the Author: June Knotts works with an NGO in Brussels during the week and spends her evenings and weekends exploring the surrounding Belgian countryside.