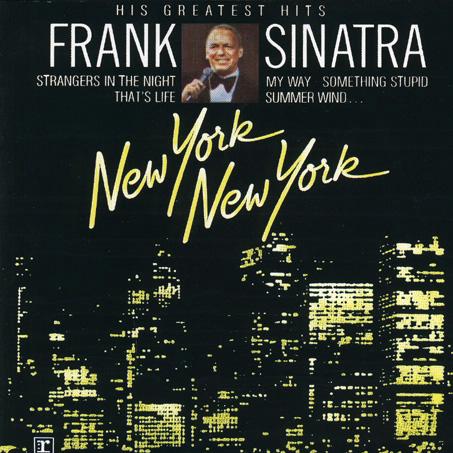 Have we got a classic for you? Yes we have, here it is. You better start spreading the news.

New York, New York (or, the theme from New York, New York, to give it its full title) was actually not first released by Frank Sinatra. Originally recorded by Liza Minnelli to be performed in the 1977 film of the same name (directed by Martin Scorsese, of all people), it wasn’t until two years later in 1979 when Frank Sinatra sang New York, New York on his 1980 album ‘Trilogy: Past Present Future’ album that the song gained international fame, and unfortunately for Liza Minnelli, repeat performances of the song by Sinatra both nationally and internationally soon took the majority if the song’s association away from her and placed it all right at Sinatra’s door.

That said, whether or not this was a fair move on Sinatra’s part is irrelevant as the song has gone on to be a cornerstone piece of music for New York, vastly helping to promote the area and bring some excitement to the city from across the world. Despite how often it is played, local New Yorkers rarely get bored of it, and the song can often be heard playing at social outdoor events all across the city.

To rub it into Liza Minnelli’s face a little more It even used to be the case that whenever the New York Yankees baseball team won a home game they would play Sinatra’s version of New York, New York out of the loudspeakers onto the pitch, but whenever they lost a home game they would play Minnelli’s version. This was changed however due to fan complaints, as the fans insisted on hearing the sweet sounds of Frank Sinatra’s version of the song whatever the outcome of the game. It seems poor Liza just can’t win this battle.

It is often seen as the dream of many non-Americans coming across to the US for the first time to jump into a yellow cab at JFK airport and cross the Brooklyn bridge while Sinatra’s New York, New York plays carelessly on the radio. And really, who can blame them. There’s not many people in the world today who won’t feel a slight twinge of excitement upon hearing the lyrics “Start spreading the news, I am leaving today, I want to be a part of it, New York, New York”, especially if they’re accompanied by a big band sound floating around in the background.

Since the 1980s New York, New York has only grown in popularity, with the song becoming a core theme not just for New York but for the prosperity and pride of America as a whole. The song is used relentlessly in films and parades (including the Macy’s Thanksgiving Day Parade every year), as well as television shows and graduations (the song is played at every single New York Police Department graduation ceremony without fail). New York, New York may just be a song from a film that got picked up by a famous singer of the time, but to the people of New York, and the US as a whole, New York, New York is everything.