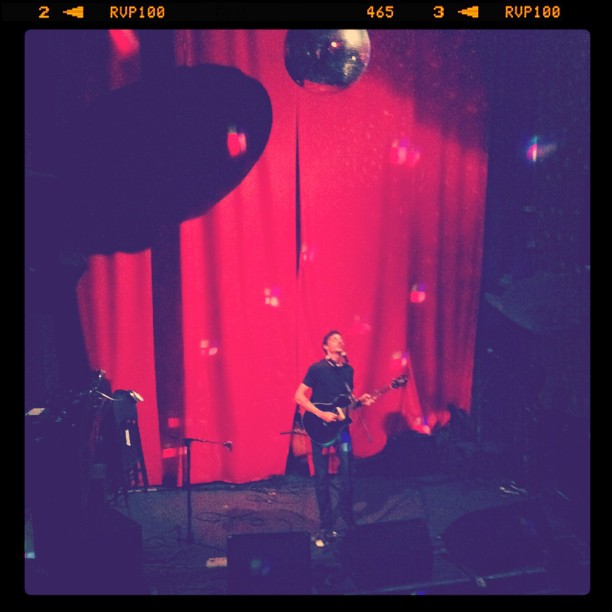 Hey guys and welcome to the second feature in the series that profiles musicians about their travel dreams and inspirations. Today we’re joined by Paper Beat Scissors, the alter-ego of British exile Tim Crabtree, a one-man musical ensemble washed up on the shores of Novia Scotia, Canada.

Tim talks to GrooveTraveler about the mystical element travel brings to his music and outlook on life. Over to Paper Beat Scissors!

For those who don’t know about you, can you introduce yourself?

Well, I’m a one-man, sometimes multiple person musical entity.  Paper Beat Scissors is the name of the project, whether it’s just me with an acoustic guitar, a loop pedal and my voice, or whether it’s that plus a brass ensemble, or that plus electronics, bags of garbage and a drumkit. Dozens of people have been integral to the development of the sound, but at its core it all develops from me sitting alone on quiet days finger-picking my guitar and opening my mouth and seeing what comes out.It’s usually a little sad sounding. Is that good?

Would you say that travelling has an influence on your music and/or lyrics?

My lyrics are mostly all developed from stream of consciousness ramblings, but I shape them after the fact. I think that this form of songwriting can often be way more ‘true’ than me sitting down with a pen and thinking ‘today I’m going to write about X thing that happened to me’. When I listen back to the recordings of my improvised vocals I find that I will often have flashes of recognition (“oh, I’m singing that, that’s totally about X thing that happened to me”).  Which is all to say that, yes, travelling has an influence on my music and lyrics, even if I can’t pin down exactly how, because whatever’s going on in my life has a habit of sneaking into my lyrics. To speak more concretely, if I think about the last album, there’s a lot of references to landscapes, though I think many of these are somewhat imagined.  Movement, travelling, leaving are all themes that I think I sing about on a more direct level:  when I reference them, they’re much more directly connected to my own experience.  On the new album, ‘Ends in Themselves’ and ‘Watch Me Go’ are very much about leaving and how hard it is to come back once you make that move. 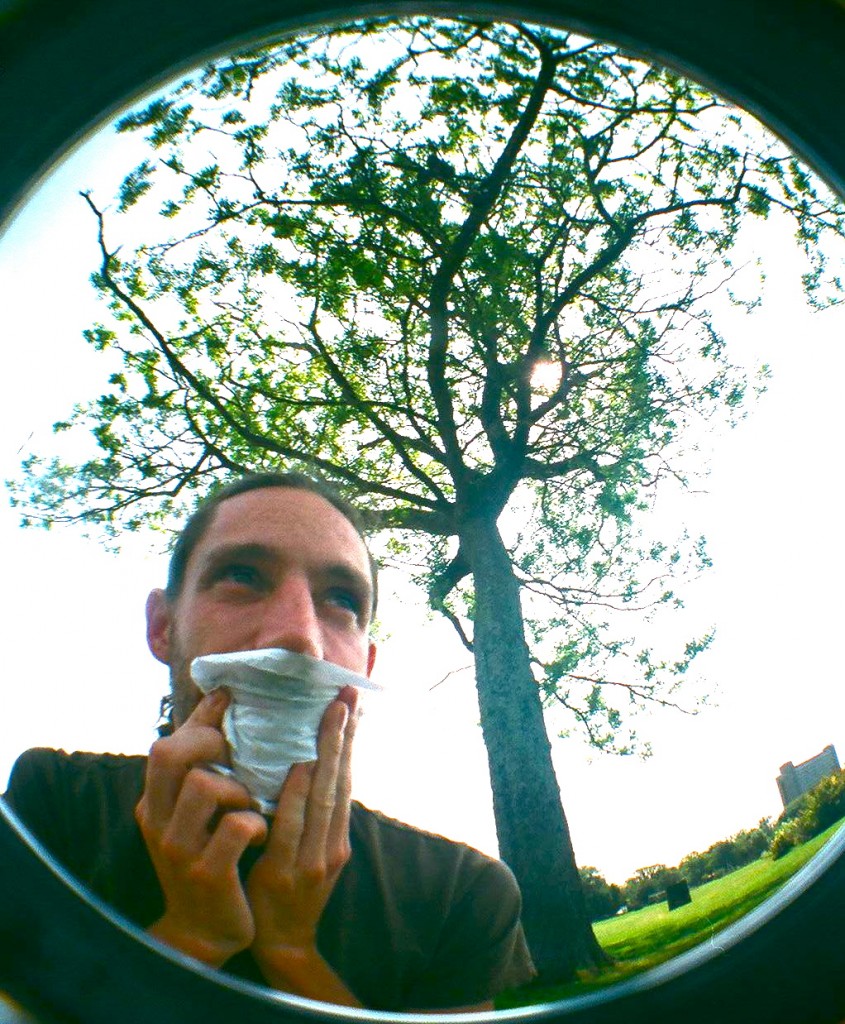 Has living as an expat Brit in Canada changed your perspective on music in any way?

Absolutely. I found it very difficult to get a toehold in the music scene in the UK – in my experience there was very little interest from the general public in new and local bands, regardless of how good they may be. Yes, people are really into finding new ‘indie’ bands there, but those bands are already much higher up the ladder. I have no idea how people do it over there.  Living in York and playing in a band it was really hard to get people beyond your immediate friendship group to come and see your shows.

In Canada I played a handful of shows and people started to pay attention, inside and outside of Halifax. I’d had national radio play before I’d even put out my first CD, and the producer of that show had actually reached out to me – a massive contrast to sending out dozens of CDs to radio stations, magazines and labels in the UK to no avail. But I think that that difficulty of getting established in the UK was really useful – it seemed impossible to make money playing music there, so you only persevered if you really loved it. Coming here to Nova Scotia I was working in that mindset, so I had low expectations, and when I realized I was actually making a living doing it I did not take it for granted.

Describe what the realities of travel are like for a touring musician like yourself if you can.

I’ve had a focus on touring in the most pared-down and environmentally-minded fashion possible. What this has meant has been taking the bus and train and taking as little equipment with me as possible. I’ve come to realize this is something of an insane proposition in Canada. My last tour I took the Greyhound from coast-to-coast and a lot of days I’d be taking the bus for 10 hours straight, getting off the bus, going immediately to the venue, playing a show, going to bed, getting up and repeating. I crashed in a major way in Vancouver – got really sick and slept for 16 hours straight. It’s just not good for your health to do such long stints – it’s bad for your body, the food is dreadful (the bus stops once every 2 or 3 hours, and you’re lucky if the bus pulls up at a fast-food franchise – I swear I saw no sign of a vegetable through the entirety of Northern Ontario). That was a worse case scenario, though. Most of the time I actually love touring – so long as the travel is kept below about 4 hours. Taking public transport rather than driving means I can wind-down between shows. I had such a great time touring Europe in January – I’d catch the train, read, sleep, listen to music (actually I spent most of that time listening to German and Dutch language tutorials). I’ve also been really careful to choose the right kinds of places to play and work with the right people – so important when you’re playing quiet music. I’m not just playing noisy bars, but meeting like-minded people and new friends all the time, so it’s rare that I find it lonely.

I’m lucky if I get to see much more than the inside of the venue when I travel, but travelling is all about the people, for me, anyway, and if I was travelling without a guitar I’d be too shy to get to know anyone. Touring I get to meet and speak with at least 10 or 20 people a night, and the music is an icebreaker and makes it easier to talk. 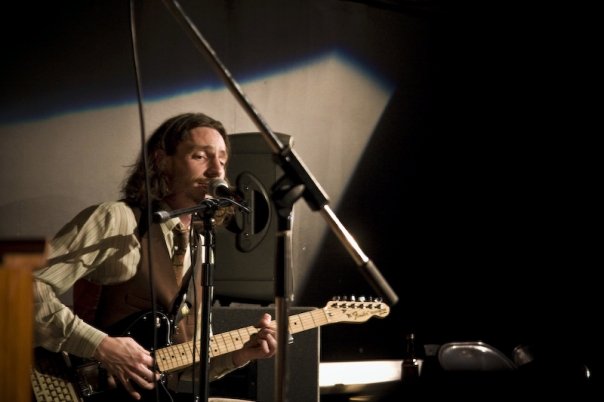 What’s one thing can’t you travel without?

An alarm clock – pretty damn crucial when you go to bed at 1am and have to get up at 6 to catch that early morning train.

As I mentioned I’ve been listening to a lot of language tutorials. I’ve found that Michel Thomas’ method actually sinks in in my brain. I love languages, and love the opportunity to communicate with people on their own terms. I worked on Dutch and German on the last tour and hope to get stuck back in when I return in September. On my last Canadian tour I found myself listening to a lot of eccentric female singers – Kate Bush, Tori Amos (her best work is some of my favourite, her worst… let’s not go there), Joanna Newsom (I needed the quiet times of taking the train across Canada to gain access to the amazing, drawn-out stories on Ys, and Milk-Eyed Mender and Have One On Me have some real gems on them). The National (particularly Boxer and Alligator) are always in heavy rotation, and The Devil, You and Me by the Notwist is what I put on when I need to go to sleep (somehow, I’m always out by the end of Gloomy Planets. Such a beautiful and inspiring album, but lulls me right off).

Can you name the best and worst moments in travelling the world for you?

The best for me are those sunny days after a good show sitting on the train watching the landscape go by, nothing to do that day but play another show.

The worst has got to be getting sick: you never miss your own bed so much as when you’re puking up your guts into a chemical toilet on a Greyhound bus.

Shivering Songs in Fredericton – an awesome quiet music festival in the middle of winter.  And Lawnya Vawnya in Newfoundland – 2 years old this April!

What’s your all time favourite place that you’ve travelled to as a muscician and why?

This is probably a toss-up between Saskatoon (Canada) and Mainz in Germany. Saskatoon has been incredibly good to Paper Beat Scissors – the people have come out in droves to the shows and shown a real love for the project. I’ve met some amazing people there that I consider close friends, and it’s a beautiful place that many people in Canada never make it to. The downtown is really attractive, straddles a river with parks on either side and it’s a surprisingly dense downtown for a western Canadian city. You can also get a good cup of coffee there, which cannot be said for all Canadian cities. And the sun is always out. Even if it’s -40.

I played a show in Mainz that was possibly my favourite ever. The place was packed, even though it was my first time in the city. There was a really friendly, really loud heckler in the front row who’d shout things out like “YOU HAVE JUST TOUCHED ME VERY DEEPLY!” and I know he meant it, because he was singing along with the songs! The organizers were amazing, and I met lots of wonderful people I’m excited to see next time I head through there in September.

What’s your next gig destination?

I’ll be returning to New Brunswick, Quebec and Ontario again in June – and am really excited to be heading out to Newfoundland for the first time in July – I’ve lived in the country for 8 years and it’s the only province I’m yet to make it to.