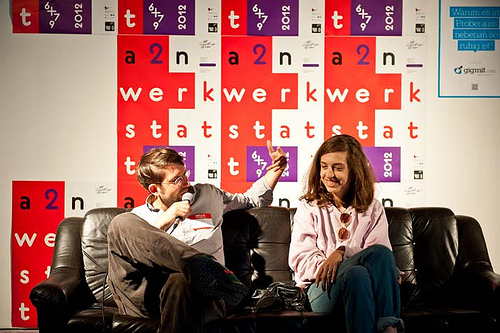 Berlin Music Week is one of the biggest and most celebrated festivals in the city. This 5-day event brings together some of the music industry’s hottest singers, bands and performers. Aside from concerts, parties are everywhere as well as conferences and networking opportunities for music lovers and music makers. This event is celebrated globally as one of the hottest annual events for authentic and creative music including the latest sounds from the industry, the merriest musical festivals and club events. So forget Spain and all its festivals – Berlin holds its own with this week dedicated to some of the world’s best and most diverse musical offerings.

The traditional Berlin Music Week is not only an event for the music enthusiasts, but it is also a tourism event where the unique appeal and beauty of Berlin is highlighted. Every year, you can find accommodation in Berlin while preparing for this famed event where tourists from all over the world gather together for music. Its sole objective is to bill Berlin as one of the international music capitals of the world. This momentous project is supported by visitBerlin, the Senate Department for Economics, Technology and Research and Berlin Partners.

The 2012 Berlin Music Week was held last September 5 to September 9 at a new location in Friedrichshain-Kreuzberg. Some of the most notable artists came together, which included big names like the Crocodiles and Rockstah (Rock), Beauties on the Rooftop and Goldbird (Jazz), Daveman and Max Here (Reggae), and Deutsches Filmorchester Babelsberg (Classic), among many others. The performers are from different music genres and generations. Hundreds of musicians go all over Berlin locations in key club and party locations in the city like Chalet, Arena Berlin, Magnet, Lovelite, Lido and Wendel, Sofa Salon, and West Germany, among others. It’s all part of a new concept of putting together club festivals and business platforms referred to as “Word on Sound”. The event was held in various key areas in Berlin. It was an event for music creatives and champions who participated in traditional music fares as well as were involved in music related industries like film, fashion, academics, political action and e-commerce. Word on Sound held smaller events in specific places in the Berlin. Among the events were Digi Digi Con, Green Tech in Action, and Master Class and Most Wanted: Music.

2013’s Berlin Music Week will probably be held on September 4 to September 8 in the same location. As always, we are expecting to have various organizations to support and sponsor the event not only to showcase good, authentic music, but also to uphold the trade and commerce that comes with it, the principles of music and the technology behind it. A new list of acts and performances will be lined up for next year’s festival and published online not too long before the actual event.

It would be great for locals as well as for tourists to visit Berlin during the music festival. You can always find accommodation in Berlin welcoming music lovers from all over the globe. Berlin is endowed not only with good music, but also a production of music related businesses in technology and other commerce. The location is a hub of the best clubs and pubs in the city, making it one sleepless neighborhood for the music festival week every year.