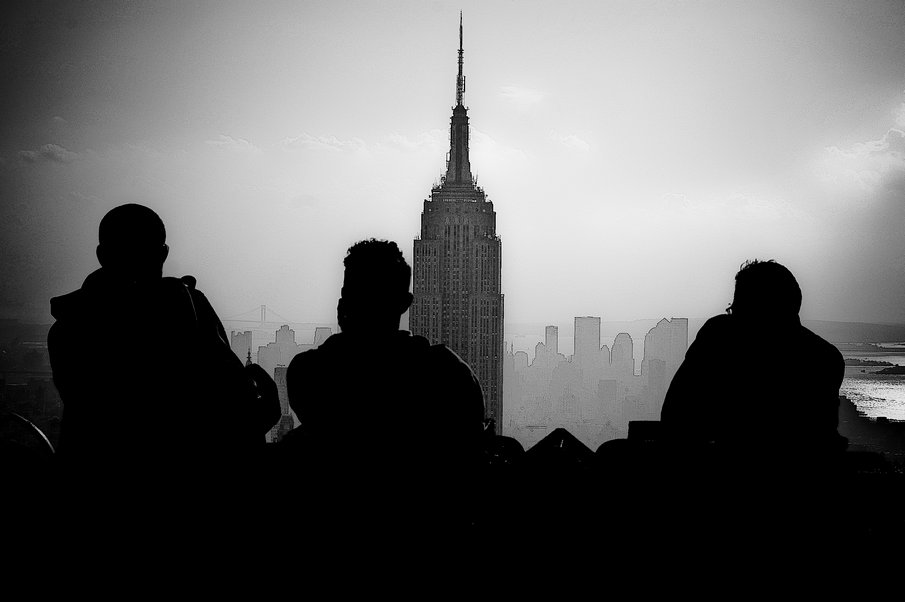 New York City, where dreams are made. And in the case of music, they’re often made, closed down for not paying their taxes, sent to rehab and remade again. With a musical offering as diverse its residents, it’s no wonder New York can call itself the birthplace of hip hop, punk rock and salsa as we know them. Let’s take it from the top (geographically, that is) and work our way down a list of some of the most influential and happening venues in the city today.

Showtime at the Apollo may have gone off the air in 2008, but the Apollo Theater continues to be one of the most famous and well-reputed music venues that most visitors coming in from cheap flights to New York rush to first.

Located in Harlem, the theater is focused on African American music and artists. From traditional R&B to hip hop to jazz, the Apollo is a club that attracts some of the most influential musicians in the world due to its rich history of launching legendary musical careers. Ella Fitzgerald debuted at the Apollo in 1934 as a teenager, and other cultural icons like Billie Holiday, The Jackson 5, and Mariah Carey all owe their fame in part to this historic venue.

So just how iconic is the Apollo Theater? Well, the US Congress has officially declared it a national landmark, and earlier this year President Barack Obama stopped by to try his hand at Al Green’s famous tune, Let’s Stay Together.

City landmark Radio City Music Hall is one of the most visually recognizable institutions in New York City. And they don’t call it The Showplace of the Nation for nothing. The massive complex doesn’t just put on concerts from the most famous musicians around the world; it’s also hosted the Grammys, the Tonys and Cirque du Soleil.

During the holiday season, no visit to New York City is complete without stopping by Radio City Music Hall to see The Radio City Christmas Spectacular. Nothing says Christmas like the Rockettes and their high kicks. Better start stretching now.

Donning the nickname The Rock Motel in the 80s, Irving Plaza enjoys a reputation for playing host to down and dirty, quality music for the punk, funk and rock sets alike. Over the years the B52s, Talking Heads and the Ramones have all passed through, and today the Plaza sees everyone from Santigold to Grace Potter and the Nocturnals. Above all, NYC music junkies maintain that Irving boasts some of the best sound quality, lighting and intimacy in the city. To top it all off, today the venue has an impressive system of multicamera audio/vidio coverage, meaning no matter where you are, you can still see each drop of sweat on Jack White’s pasty forehead.

Unfortunately, CBGB closed down in 2006, and efforts by locals to convert the multi-room space into a memorandum to the fallen venue didn’t get very far. But music lovers still flock to the Bleeker Street location in Bowery, and the alleyway behind the club, formerly known as the Extra Place, is still haunted by fans who pay tribute to greats like Patti Smith, Joan Jett and the Red Hot Chili Peppers and their nights playing the venue.

Oh, and in case you were wondering, CBGB OMFUG stands for “Country, Bluegrass, Bues and Other Music For Uplifting Gormandizers.” The name still stands for great music, and it’s worth being able to say you’ve been and had your picture taken leaning up against the wall in the Extra Place.

The Brooklyn Academy of Music

Opened in 1861, the Brooklyn Academy of Music (BAM) refers to itself as “the home for adventurous artists, audiences and ideas.” Its beautifully architected multimedia space on Lafayette Avenue backs up the claim. So do its efforts toward bettering the community and promoting arts education of all kinds. On any given day or night, BAM may be showcasing the latest operas, films, musical artists or art installations to hit the city. Musically speaking, you’re as likely to find Wynton Marsalis playing jazz as you are to find the indie rock of Ra Ra Riot.

Singer Bette Midler once said, When it’s three o’clock in New York, it’s still 1938 in London.”  In the city that never sleeps musicians of virtually every genre put all that extra time to good use, making the Big Apple arguably the most musically influential city in the world.