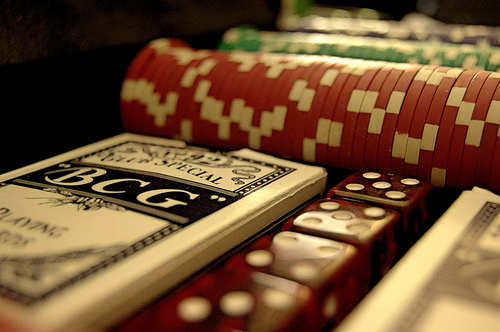 Poker has always had a link with music in some way. While the tournaments are running if you take a look around the poker tables, there are numerous poker pros and participants sitting with their designer headphones churning through their favourite tracks. It is even better when you discover that there is a famous musician at the poker tables, and this isn’t just any musician as Steve Albini has worked with Nirvana, The Stooges, Pixies, Manic Street Preachers, Neurosis, PJ Harvey and more, all while squeezing in a few games of poker in the middle of his busy music schedule.

Steve Albini from the US is one poker player who is also well engrossed in the music industry. He is well-known in the US for his music and he has multiple talents. He was formerly part of Big Black, and Rapeman with his most recent endeavours being with Shellac. He is not only an audio sound engineer, but he is also a songwriter, plays the guitar rather well, and he is also a singer as well as being well-known for his writing being a music journalist.

Albini began playing poker strangely enough versus his child and other members of his family. He has no one specific style that he plays because he is yet another poker player that loves to play in the mixed games where there are styles such as Stud that includes Razz and Eight-or-Better as well as Omaha, Hold’em, and 2-7 Triple Draw.

One of Albini’s biggest claims to fame in the poker world was when he took out Greg Raymer, the poker pro and a WSOP main event champion. Albini took Greg out in a $1,500 Stud Poker event and Raymer gave him a signed fossil paperweight for the privilege. In Albini’s first ever WSOP poker tournament in Las Vegas in 2010 he came 14th.

It is actually pretty amazing how poker and a musician have come together, and so the obvious question when Albini was being interviewed was how does he manage to mix his music in with his poker? The simple answer was to keep poker as more of a hobby rather than take the game too seriously despite the fact that he has had a few cashes in the WSOP already. Cashing in such a large event usually means you have to have some talent at playing poker.

One of the most important things in poker is to be able to relax and this is why you see many poker players at the televised tournaments chilling out with their head phones on pumping out the tunes. Music has always been used for relaxing, studying, entertainment, and now it is an important arsenal in many of the poker players’ (like some over here) journey through the big tournaments.

Steve Albini has the best of both worlds as he can design the music himself and then get down to poker to relax while listening to his work. What a way to kill two birds with one stone.