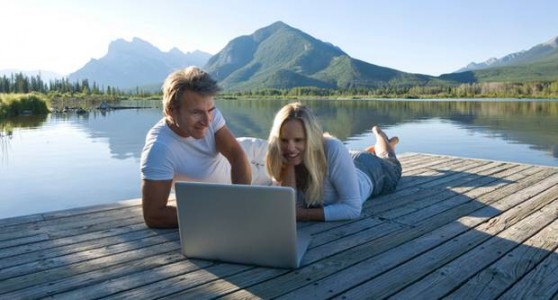 Traveling abroad can be one of the most enjoyable experiences, whether it’s a long haul journey for beaches and sun or a shorter city break. No matter what the destination it’s a good idea to plan how much money is likely to be needed to try to avoid the traveler’s worst nightmare: running out of cash.

If possible it’s best to take a mixture of credit and debit cards and some cash when heading abroad so there is some backup if the main source of money is stolen or lost. When getting cash it’s usually better to shop around and get the best exchange rate possible before leaving the country. Rates at airports are usually considerably worse than elsewhere, and rates at “Cambio” or Exchange shops and at hotels in the destination country are likely to be poor.

A debit card will take care of things when more cash is needed, although it’s worth checking out what transaction charges the bank will make. Withdrawing small amounts often can be a lot more expensive than making one or two larger withdrawals. As with any money management it comes down to the planning.

Another option is to get a prepaid debit card in the currency of the country to be visited. This can be useful for small transactions and avoids a charge being made each time the card is used. It can also be handy for paying tolls on freeways, which, for example in France, are for the most part privately owned. Prepaid cards come with a number of charges and conditions, so some prior research is sensible to ensure it is a worthwhile option.

Using a money transfer company such as Transfast.com is an alternative to backup the cash flow. They will often offer low charges for their services and transfer money quickly and safely.

Common reasons for running out of money

It’s easier than many travelers think to run short of money. People want to have a good time but that often means that the bills start to mount up and it can come as a nasty shock to realize the money has run out.

ATM fees can add up to a serious amount very quickly, especially if a card is used often to withdraw cash. Travelers need to keep an eye on their accounts and work to avoid a large number of transactions. The same advice goes for using money exchanges – the fewer the better.

That three-day once-in-a-lifetime safari tour seems such a reasonable price, but is it affordable? Fine if it is or has been planned into the vacation, but if it hasn’t it can leave a gaping hole in the bank balance.

Everyone likes to eat and drink well when in a different country, but it’s surprising how quickly the money can go if eating out a couple of times every day or indulging in a drinking session at a popular bar. Eating cheap, nutritious street food instead of expensive hotel meals will help, as will easing back a little on the demon alcohol.