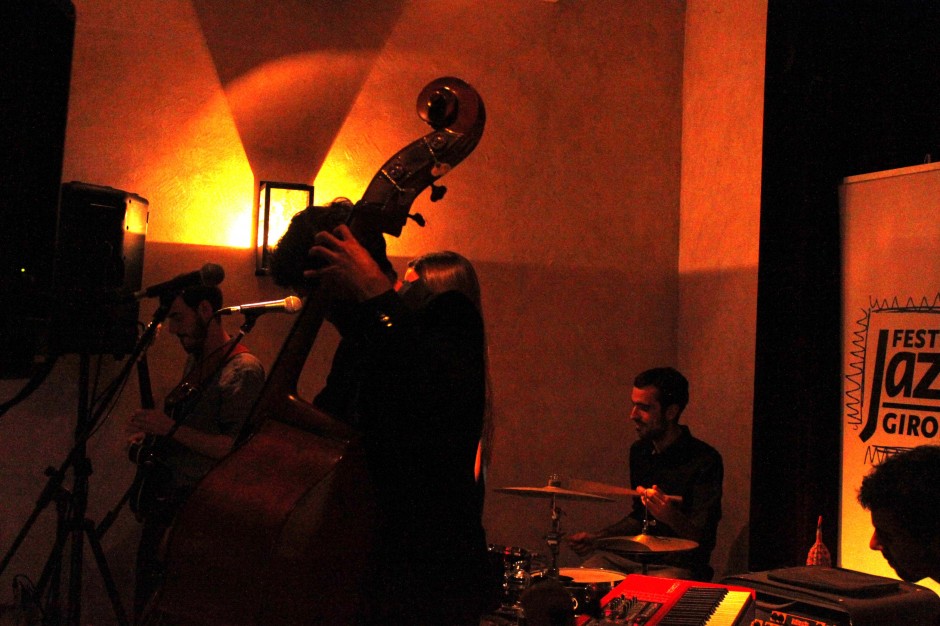 Okay, I know what you’re thinking. Girona Jazz Festival? The topic of kick-ass Spanish festivals doesn’t exactly make a relatively small town jazz soirée top of mind. But summer’s over, kiddos. Here in Spain, it’s time to slow down the tempo, reflect on the mistakes made at Sonar or Primavera Sound and give something other than strong techno beats a chance to stir our beating hearts.

Enter the Festival de Jazz de Girona, a three week long presentation of some seriously impressive jazz artists from all over the world. This year marks the 12th edition of the festival, and its standard of introducing locals to some of the best jazz that Catalonia, Europe and North America have to offer was inarguably met.

The festival also upheld Catalonia’s history of putting on festivals that showcase an impressively wide range of recognition. Like Figueres’ Acustica festival, the jazz festival in Girona featured modern jazz greats alongside names that are virtually unknown. It’s that mix of notoriety, style and size that makes these festivals so worth going to. Any two performances can be as different as night and day.

What also makes them great is their affordability. The highest ticket price for a performance at this year’s jazz festival was 20 euro, but five of the eight performances were free. Combine that with the festival’s use of funky, low-key locations, and you’ve got the perfect excuse to get away from Barcelona or Spain’s other major cities for the weekend and indulge in the smaller-scale charm that Girona has to offer.

The festival kicked off with a performance by living jazz legend Benny Golson with his quartet, who penned such genre classics as Killer Joe and I Remember Clifford. (None of my research could confirm the latter song is an ode to the Big Red Dog but hey, something to think about.) Golson turned a sprightly 83 this year, but the way he played the saxophone in Girona last month you would have thought he were slyly chatting up a young lass at the bar. Here’s hoping I can do anything as well as this guy can play saxophone by the time I’m 83 years old.

Other notable shows this year included a joint performance from Barcelona-born pianist Elisabet Raspall and St. Louis-raised sax player Chris Cheek. The two have been playing together on and off for a few years now, and their performance at the festival was a seamless combination of two different cultures and musical styles. Electric jazz group Cookin’ Monk offered a plugged-in change of tempo, and festival closers Verd i Blau gave an intimate performance in funky bar Els Jardins de la Mercé to an audience of fewer than 50.

Verd i Blau’s show felt like an appropriate end to the festival, as singer Judit Nedderman’s whimsical voice bounced around the room in both Catalan and English. Of all the performances by lesser-known acts this year, I’d say Verd i Blau is the one to watch out for. The group’s bass player, Vic Moliner, said the Girona festival is particularly special because, “people really do go [to the shows], and it’s got a great broadcast in the area.”

Verd i Blau came to Girona to showcase their new album Un frágil corall, is a playful mix of original songs sung in Catalan and English-language song favorites. Moliner said he was disappointed “not to be able to make it to more of the festival, as performers like David Soler and Duot are both integrated musical acts from Catalan artists I really admire.”

So until next year, Girona gave us a lot of new jazz to listen to at this edition of the festival. Not a jazz fan? Change your tune. Give some of these artists a listen – you can always go back to the synthesized raving of Sonar next year.