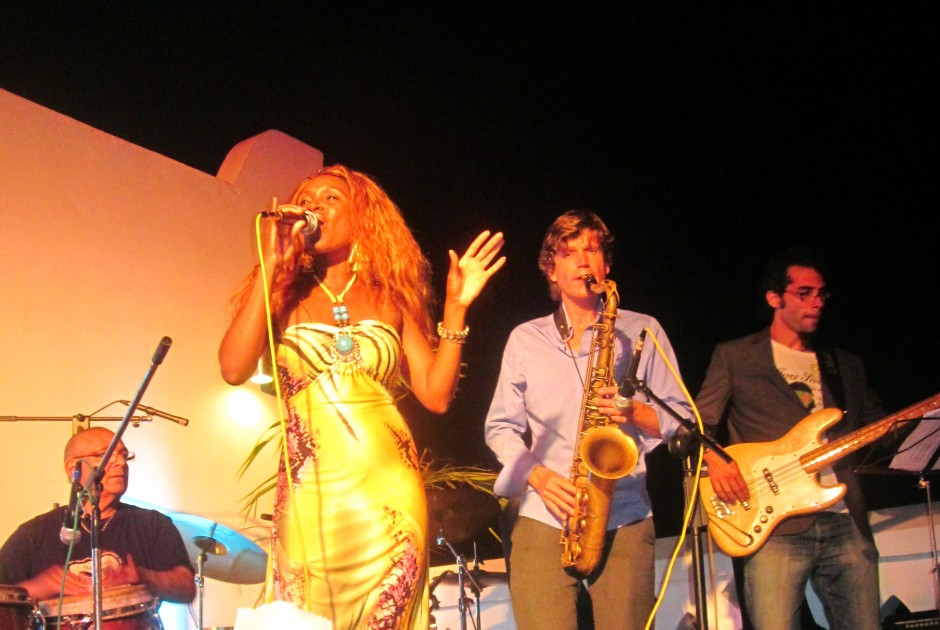 Jazz lovers might just have a new hot spot to visit on a festival tour. Far from the booze-infused jazz festivities of the American south, Zanzibar’s Jahazi Jazz and Literary festival just completed its second year and, in spite of a few hiccups, is on its way to becoming a jazz institution in the region.

Jahazi’s auditory offerings are a mélange of jazz and world music. International artists converge and collaborate in classical, modern and fusion jazz pieces every night for three nights. This year, a small but explosive lineup brought West African, European and classic jazz to the stage. Yazz Latin Explosion, a jazz bossanova fusion group led by the ridiculously sexy Mozambiquean frontwoman Yazz had the audience clapping along to sultry jazz tunes sung in English, Danish and Portuguese. The Moussa Diallo Quintet, with its unique organic sound drawing on African, rock, funk and jazz traditions, is a collective of West African musicians living in Denmark and a Zanzibari favourite. Led by the magnetic frontman Diallo on bass, the group performed hours after getting off the plane from Denmark and just got better from there. Diallo is a staunch supporter of the festival and the local jazz community. “We just love it here,” he says. “I like to come to Zanzibar whenever I can.” Dawda Jobarteh backed up Diallo on the kora, a traditional African harp and didn’t stop there – collaborating with several bands, Dawda showed brought his unique sound to the whole festival, showing Jahazi what fusion was all about.

A full day workshop at the local music academy gave participants full access to the artists to talk about their art, their philosophy and their influences. The workshop is one of the ways in which the festival tries to engage the local community, says Pamela Matthews, festival manager. “It’s really about connecting people,” Matthews says, “And creating dialogues with local musicians is an important way to connect people.”

Though over 7000 miles away from the booze-soaked Bourbon Street of New Orleans, the notorious birthplace of jazz, digging deeper into its origins may bring you all the way to Zanzibar. “Jazz is particularly poignant in Zanzibar because it’s a former slave trading centre, and jazz’s roots come from slavery,” says Matthews. The original slaves taken to America may have lost their instruments, but the beats persisted and the roots of African music traveled all the way up to the evolution of American jazz. Connecting jazz musicians from the African diaspora in Zanzibar, then, creates an interesting full circle. 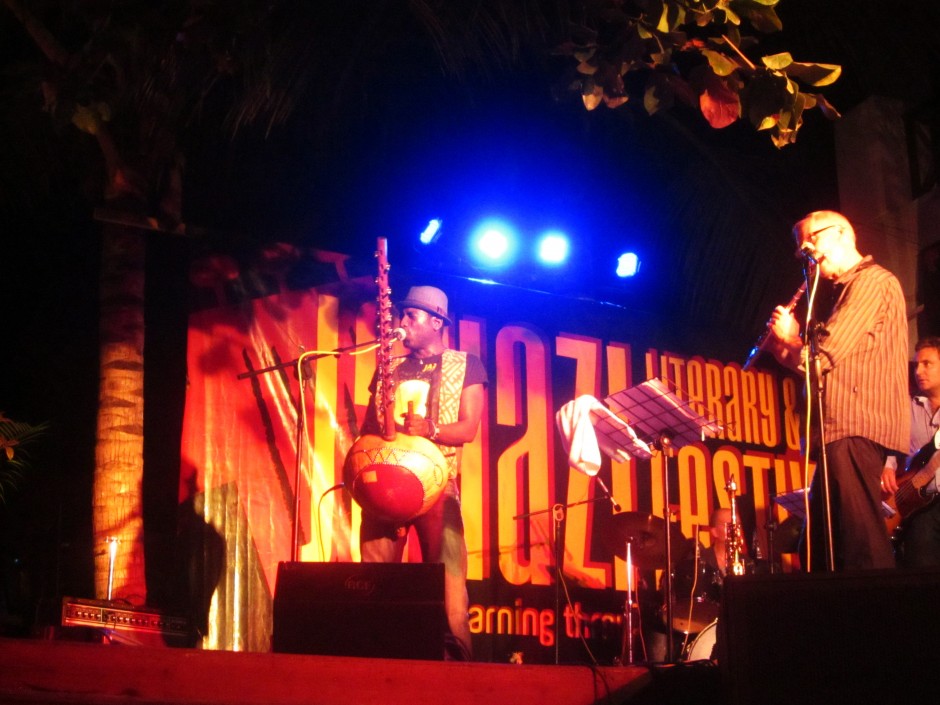 For those who like their musical culture with a side of literature, daytime at Jahazi are full of readings and panel discussions with authors and global thinkers. Despite some last-minute dropouts, Jahazi managed to attract some top-level talent like Tariq Ali, Jeffery Renard Allen and Doreen Baingana. Lectures and discussions were a little shaky, but participants were game and the small crowd was engaged and enthusiastic.

Zanzibar is a dream destination for a music festival. Long, hot days turn into warm, breezy nights under palm trees and a starry sky. Visitors to the island can bookend their trip with a resort beach trip, or spend days in the historical mecca of Stone Town.

Daytime events were held at MaruMaru, a luxe hotel in the centre of Stone Town. Evening music began at sundown on the rooftop restaurant and bar, offering an ocean view sunset just before the music went on. At night, the party moved down to local hotspot Livingstone’s. On a low outdoor stage just metres from the ocean, musicians upped the beat and played to the crowd dancing in the sand until late. While still finding its audience, Jahazi tends to attract regional jazz-lovers and expats looking for international music and a great party.

The festival is still in its infancy, so you can expect a few bumps in terms of organization and lineup, but the overall experience and energy stays resolutely positive. Artists and audience alike all quickly adopted the hakuna matata mentality in this second year of the festival, and the attitude should stay throughout the evolution of the festival. “This is just the second year, and look at the caliber of the artists,” says Matthews. “This is just the start, and it’s going to grow and grow.”