With a wide range of activities and options, this North American nation is a popular destination for travelers from all over the world. It features a strong tourism infrastructure as well; hotels are plentiful and packed with amenities, while there are also some spectacular villas in Mexico for rent.

There’s everything from stunning Caribbean beaches to bustling metropolitan areas, with a rich cultural tradition permeating throughout. Here we’ll highlight some of the country’s fascinating annual festivals to help with the timing of your next trip.

Each July, on two consecutive Mondays, the state of Oaxaca hosts this terrific festival of folk music, dance, and culture. Guelaguetza comes from the Zapotec Indian language, and means offering or gift. The celebration dates back to pre-Columbian times, when this area’s indigenous people gathered together to honor the corn goddess Centeotl in hopes of a bountiful harvest.

September 16 is a big day all across Mexico, as national flags go up in honor of the country’s claim of independence from Spanish rule. There are all kinds of parades, parties, rodeos and bullfights, with colored confetti and festive horns everywhere you turn. There are two phrases you’ll want to learn in preparation: “Viva Mexico!” and “Viva la independencia!”

Running from October 3-21 in Guanajuato, this international arts festival is one of the country’s most important cultural festivals. It’s a grand showcase of both national and international artists in tribute to author Miguel de Cervantes (Don Quixote). There’s a whole range of artistic and cultural events, from art exhibitions to music and dance performances.

This literally translates to “Days of The Dead”, but this autumn festival is actually a celebration of both life and death. A merging of Catholic and Aztec practices, it honors the spirits of family ancestors. Spirits of children are thought to return on November 1, while those of adults return the following day, November 2. 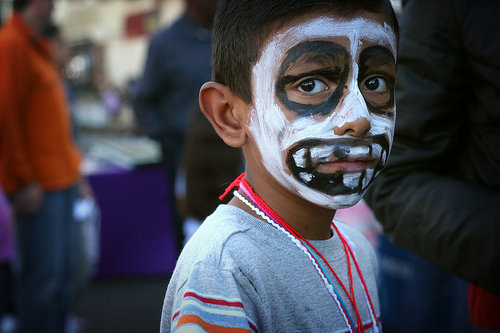 Life and death are equally embraced through music, food, and costumed celebrations. Altars are built, and cemeteries are visited and decorated. Papier mache sculptures are made to portray the dead in everyday situations, and comedy plays a big role in these depictions.

The Feast Of Our Lady Of Guadalupe

This Catholic holiday on December 12 is one of the most important dates on the Mexican calendar. Our Lady of Guadalupe is Mexico’s patron saint, and this is a holy day of family feasts, music, and spiritual dance. It is celebrated nationwide, with the major event being a pilgrimage made by thousands from all over the country to the Basilica of Guadalupe in Mexico City.