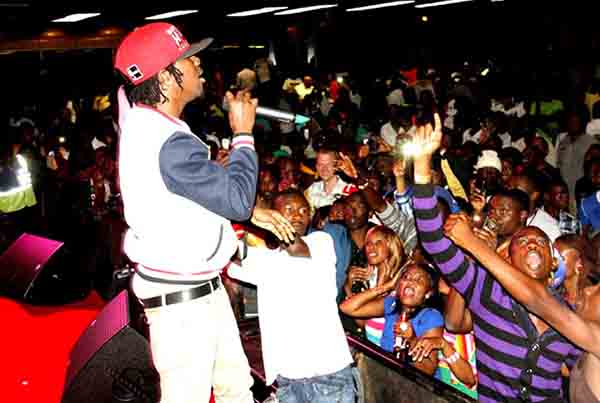 When it comes to describing the beautiful Caribbean nation of Jamaica, the majority of people will bypass the fact that it’s a tropical paradise with lush forest and amazing beaches and instead go straight to talking about the music. Of course, in a country as culturally famous of Jamaica, responsible for introducing the world to reggae and perhaps its biggest master, Bob Marley, it’s difficult not to talk about it. For travellers looking to infuse their trip with something a bit different though, Jamaican dancehall is another genre well worth paying attention to.

Stay in holiday villas and vacation rentals in Jamaica and you’ll get the chance to fully explore the island’s vibrant music scene without having to worry too much about where to stay or how to get home at the end of a boisterous night out. And dancehall is likely to offer exactly that; a hot and steamy night out with plenty of dancing. Here are more things you’ll likely to discover about this world famous Jamaican music scene.

Head out to a modern club or venue in Jamaica’s major cities and you’re unlikely to be reminded that dancehall has been around since the late 70s. Also referred to as bashment, you’ll know you’re experiencing dancehall when you hear a DJ singing over a beat that is much speedier than traditional reggae. The Bob Marley of the music form? That’ll be Henry “Junjo” Lawes and King Jammy, credited for making the switch from dub to dancehall and introducing electronics into the beats.

Sure enough reggae plays a role in the formation of Dancehall and is mostly pointed to as the form’s predecessor. Those in the know about reggae of course will recognise its rooting in the ideology of the Rastafarian culture and socialist principles popular at the time of its inception. From this the politics, music, nightlife and culture of the time eventually spawned into Dancehall, born in the more urbanized areas of the country like Kingston.

In as far as the media goes Dancehall has something of a bad rap in the traditional mainstream press thanks to the notion that its music is centred toward misogyny, violence, sexual oppression and profanity. Although this is somewhat true of particular artists, the genre should not be painted by as broad a brush as this and for travellers opposed to such subject matter you’ll find just as much dancehall music that is progressive and liberal in its subject matter as it is negative.

One thing that is particularly interesting that has been born out of the scene however is the role of women in the movement. Often seen as objects of pleasure, women themselves often seem to embrace this position within the scene itself and are proud of their “dancehall model” status. For travellers unaccustomed to women behaving in this way or their possible manner of dress, the scene can often be surprising and challenging.

Finally, for revellers flocking to Jamaica to experience Dancehall firsthand, it’s worth schooling yourself in a few of the genre’s most prominent and successful artists. Steep yourself in artists like General Trees, Shabba Ranks, Papa San and Carl Meeks and work up to the 90s with acts like Buju Banton, Beenie Man and Spragga Benz.

Jamaican Dancehall deserves its place on every music-aficionado’s bucket list of things to experience while exploring the world. Go to its home, learn about its history and enter the clubs. You’ll no doubt come out with a whole new impression of what it’s all about.