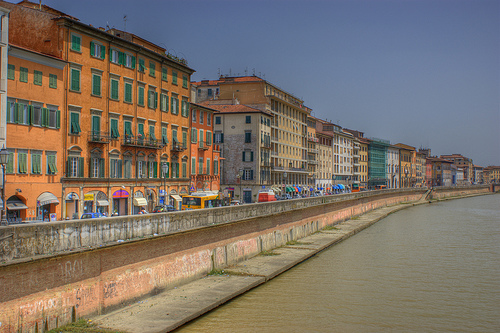 This year, as fellow clubbers begin to book their traditional trip to Ibiza, some of us are changing the tune. It’s not that the original party scene has died a death – it has quite simply been relocated.

There are plenty reasons to visit the glittering coast of the Adriatic, especially if you wish to dance throughout the night. From June until mid-September, Croatia is to host a number of electric music festivals. Club fans are flocking to the many unspoilt islands that the Dalmatian coast has to offer, not because of the superclubs and A-list DJs – Croatia’s newfound fame is down to its chilled vibe and stunning scenery.

Many of the festivals taking place are on the smaller side, with the majority run by British promoters. Boats boast sound systems, whilst the white sands become laden with quirky cocktail bars. If like many clubbers you wish to rekindle the magic of old Ibiza in Croatia, Glasgow airport is a great place to depart from and has plenty of great connections to island paradises.

Travellers can expect to be met by idyllic un-crowded beaches, inexpensive accommodation and class line-ups. Ibiza is often overcrowded, overly priced and in your face – Croatia is the complete opposite – with only 15 festivals taking place per year.

There are numerous islands to explore and hiring a jet ski is probably the best way to get around. You can spend an entire day island hopping and exploring the picturesque waterfalls, lagoons, lakes and gorges. There is something quite serene about this place and from the moment you touch down, you’re made to feel like you’re the first non-Croatian to do so.

Croatia is, as of yet, unspoilt. There are no high-rise buildings, tacky takeaways or overly populated beaches. There is instead a mix or intemperance and freedom here.

A few of the festivals to watch out for include Love System, the Lighthouse Festival, Hideout, The Garden, For and Echo Festival. The last event takes place on the 10th September and is simply titled ‘unknown’.

After attending one of the many music festivals, you may wish to spend a day exploring the Croatian capital of Zagreb. Its mixture of markets, parks, museums, ancient music stores and local strudel make it an interesting place to visit. The Dolac market is over 80 years old and is a great place to explore if you wish to experience the real Croatia. If you’re backpacking be sure to look out for the many bargain lunches offered by the locals.