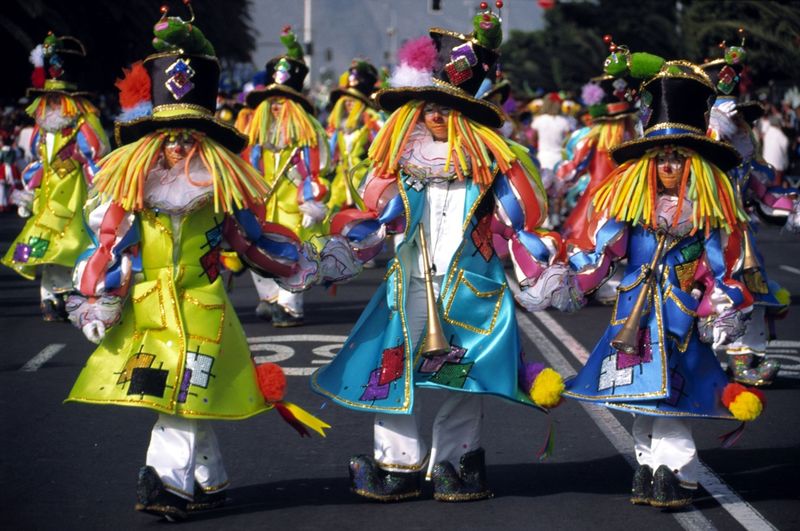 If you want to combine a winter sun holiday with music, then you probably couldn’t pick a better place than Tenerife. When Northern Europe has been thrust into the depths of winter, the Canaries are generally bathed in sunshine.

Of course, this is due to their location, in the Atlantic, off the north-west coast of Africa. While it’s not extremely hot in the Canaries during the winter months, it’s pretty much always warm and sunny, which is part of the reason why these Spanish islands have become such a popular winter sun destination.

They’re great for people of all ages, too, as you’ll find lively party resorts like Playa Las Americas with lots of clubs, but there are also plenty of resorts that have a quieter and more relaxed vibe to them.

The big music festival in the winter in Tenerife is the Festival de Música de Canarias (Music Festival of the Canaries) at the end of each January. This is one of the most important classical music festivals in Europe and it attracts many amazing orchestras.Concerts are held in the Auditorio de Tenerife concert hall in Santa Cruz.

You can book flights to Tenerife from many different UK airports and a number of budget airlines fly there, so you should be able to find a bargain if you do a few internet searches. It’s just as easy to book flights and accommodation separately as it is to book a package holiday that includes flights, hotel accommodation and transport from the airport to the resort.

But Tenerife isn’t just for the winter. It’s an island that has a lot of fiestas all year round. The other big music festival is the Heineken Jazz Festival which is held every July. Other big fiestas that you might want to time your holiday with include the Holy Week celebrations in the week before Easter and the May fiesta Dia de la Cruz – Day of The Cross – when many crucifixes in many of the towns are festooned in flowers.