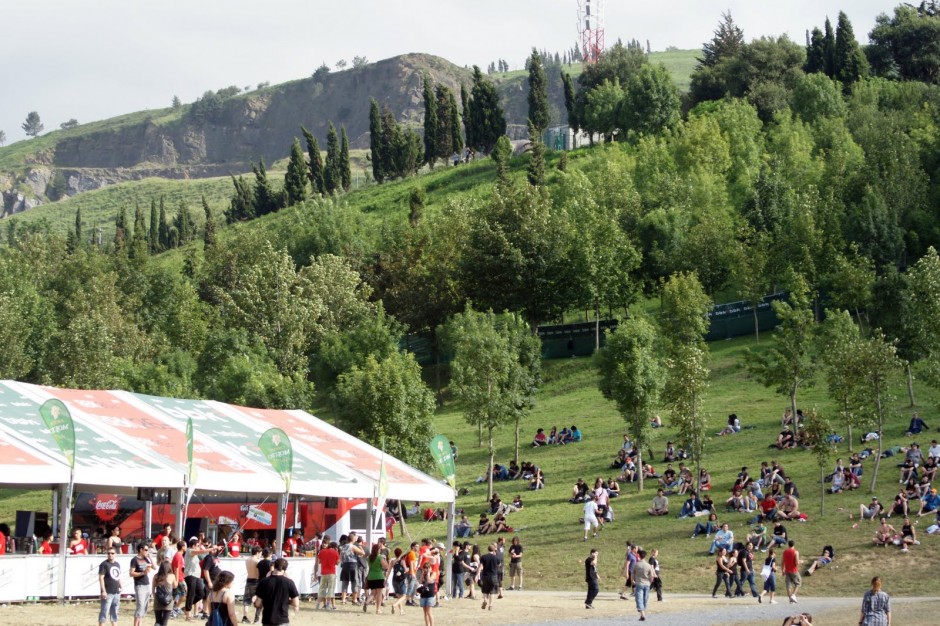 With the chances of rain spoiling many of the UK’s own outdoor festivals, rendering the whole event into a giant mud bath, it is no surprise that an outdoor festival in sunny Spain is becoming increasingly popular.  Perhaps not everyone would think of traveling to Spain but with this particular event located in Bilbao, some may want to think again.  A direct route is offered by way of a ferry from Portsmouth to Bilbao.

The annual Bilbao BBK Live music is located on the slopes of mount Cobetas just southwest from Bilbao city itself.  The festival’s stages and all of the supporting buildings are located in Kobetamendi Park and are rebuilt each year.

It is the only one of its kind in the region; it started with just over 50,000 attendees and has gone on to more than 100,000 visitors.  It was such a success that it became a permanent fixture, it is estimated that it generates more than 18 million Euros for the city.

There were three main stages for the bands to perform on during the three day festival along with a tent, some bars and shops.  Even in its first year, more than 40 bands were booked to take part.

The festival has become enormously successful over the last few years and has been nominated for various awards including Best Medium Sized European Festival three times.

Bands such as Red Hot Chili Peppers, Iron Maiden, Metallica and the New York Dolls, played in font of more than 95,000 festival goers and the festival has gone from strength to strength and included mainline acts such as R.E.M., Lenny Kravitz, ZZ Top, and The Police played during 2006.

After festival organisers dabbled with the line-up and included more hard core rock bands, which subsequently failed to pay off, the festival has stuck to its more commercial roots.  During the 2011 festival, all previous attendance records were broken when, buoyed up by cheaper tickets and the increasing amount of visitors from the UK and France, the numbers increased to over 103,000 who came to see acts including Kaiser Chiefs and Coldplay who ensured they created the festivals most successful day ever when more than 31,000 people turned up.

There are three main camp sites and tickets usually cost less than £100 to include camping with day tickets costing roughly £50.  As the city’s hotel occupancy rate goes up by about 95% whilst the festival is on, camping is clearly not on every festival attendee’s agenda.

Getting there: Direct flights to Bilbao are available from a number of UK airports with various airlines. For those wanting to take a car we suggest you take the ferry to France and then drive across the border or take a direct ferry to Bilbao. Ferryonline compare all ferry routes to both France and Spain.