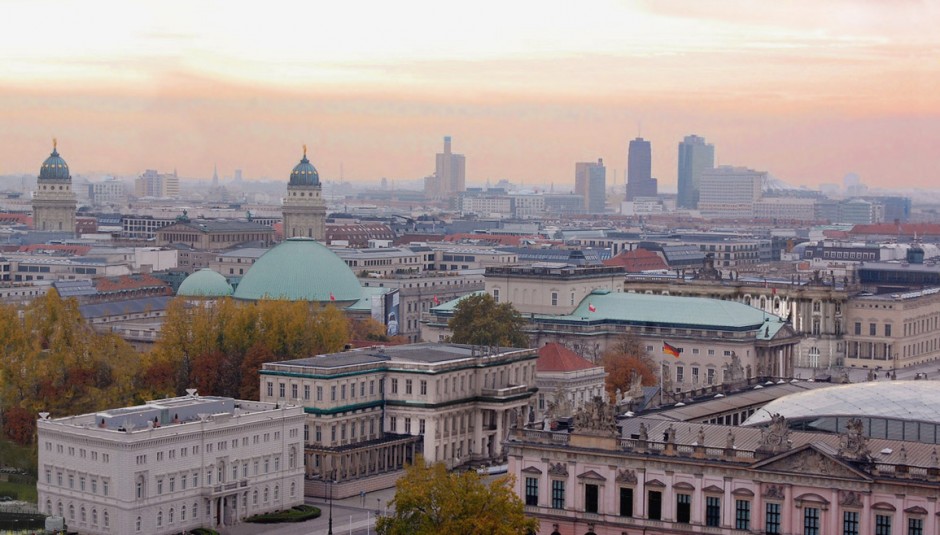 Berlin is a multi-cultural capital pulsating with a vibrant history that forever changed the world. There are countless things to do in this metropolis of very important historical sights and exciting modern venues. Travelling around this fascinating city is very easy, as all the routes and landmarks are very well sign-posted. All you need are your euros and holiday insurance, which should be arranged before you arrive – that way you will have peace of mind by knowing you are fully covered. Popular attractions that should not be missed include:

THE BERLIN TELEVISION TOWER (FERNSEHTURM)
From here, tourists can have a wonderful 360 degree view of a spectacular panorama that offers 24/7 entertainment. This 1960s tower is the tallest building in Berlin, and a great architectural landmark. It can be found right in the heart of former East Berlin, near to Alexanderplatz, the famous square that joins up with Karl-Marx-Allee and other main streets. These are very interesting to wander down as they are wide boulevards lined with beautiful trees, and enticing cafes and restaurants. They also house historical buildings built in the style of Socialist Classism.

THE BERLIN WALL MEMORIAL (GEDENKSTATTE ZUR BERLINER MAUER) (FREE ATTRACTION)
This memorial and documentation centre which houses a chapel of reconciliation, stands as a mark of respect to all the victims of the wall. It is located on Bernauer Straße, which is in between the regions known as Mitte and Wedding. Here you can read about many heroic attempts to cross the iron curtain, using ingenious methods such as digging underground, and hiding in the engine section of a small car. You can also witness one of the remaining watchtowers, and a large expanse of the Berlin Wall.

THE BRANDENBURG GATE (FREE ATTRACTION)
Found in the western part of Berlin, and serving as the Unter den Linden entrance, this iconic gate dates back to the last part of the 1700s, and is the only one which has survived. It holds great historical interest, as it was used as a crossing point at the Berlin Wall. It is also renowned for being the centre point for protesters during the division of East and West Germany, and a celebratory hot spot in 1989 when the wall fell. From here can see the marvelous Pariser Platz which is home to a number of famous buildings, including the Academy of the Arts (Akademie der Künste).

MUSEUM ISLAND
UNESCO has listed this island as a world heritage site. It is unique in that it is an unrivalled collection of various exhibitions dating back more than 6,000 years, including: the Old Museum, the New Museum, the Old Gallery, the Bode Museum, and the Pergamon Museum.