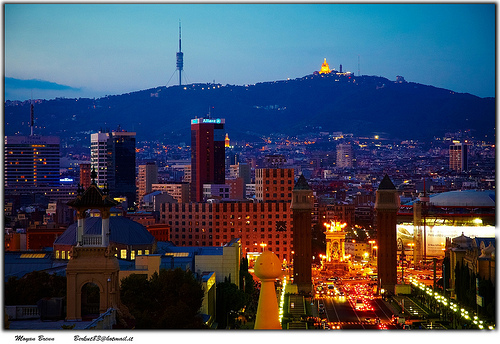 The capital of Catalonia and the largest metropolis on the Mediterranean, Barcelona attracts millions of visitors seeking a glimpse of its breath-taking architecture and all-around beauty. If you’re thinking of checking out the city in all its glory and booking a Monarch flights to Barcelona, remember while there, to pace yourself during the days as the city’s nightlife and live music scene is equally as superb as its cultural and historical heritage.

The best place to start is with the city’s live music venues where you’ll come across a range of performing acts from renowned musicians to up-and-coming artists and DJs. From intimate and charming jazz venues to mega-size rooms where legends perform, Barcelona’s live music spaces are varied and numerous.

One of the most popular go-to spots for live music in Barcelona is Sala Apolo, a space divided into two venues. The larger of the two is a 1940’s dance hall complete with crushed velvet, banquettes, and beaming red lights. The music scene is varied: from punk, electronica and rockabilly to funk, reggae and African and Latin beats. Sala Apolo’s second venue (its main entrance is further down the street at the front of the building) is a more modern space where you’ll find some of the lesser-known DJs and musical acts but it’s also worth checking out while in Barcelona.

With its numerous rooms, Razzmatazz is a massive club but don’t let that dissuade you from checking out the space because it’s also a great venue for live music and offers everything from hip hop, pop, to rock and mixes up-and-coming acts with big names (Arctic Monkeys to Banarama have made appearances).

Located on Plaça Reial, just off La Rambla, Sidecar Factory Club is popular with locals and indie kids and has a great vibe. Here, you’ll come across plenty of guitar bands playing everything from rock to the blues as well as some electro and indie thrown in for good measure.

For a more local-focused experience, head to Jamboree where every night, the venue hosts mostly Spanish groups playing jazz, Latin or the blues. And while you’re there, head upstairs to its sister venue, Los Tarantos where you can see flamenco performances and post-show, head back down for all-night clubbing.

If thrashing beats are your thing, get a taste of Berlin’s minimal electro scene at BeCool. An uptown concert hall, the venue hosts live shows by local rock starts or international artists before moving onto late-night DJs. Hard to find but worth it when you finally do, Bikini is where you’ll see international hip hop acts, jazz musicians and even dance acts and if you’re particular about your sound systems, this spot is said to have one of the best in town and even in Spain in general.