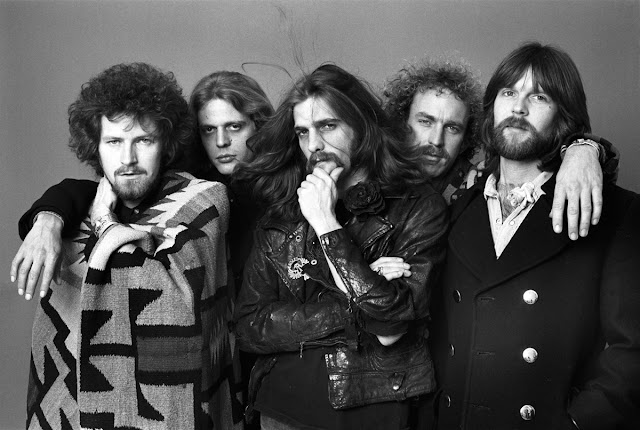 The Eagles really are loved by millions and have been entertaining people for decades. Their shows are spectacular and when it comes to The Eagles tickets, then you better be quick to snap them up or you really will miss out. However, even though you may know their songs and their band members perhaps the following five lesser known facts may also intrigue you.

They started off at Disneyland

The first time that they performed as a band was actually in a show at Disneyland with this taking place in 1971. This gig saw them as the backing group for the singer Linda Ronstadt, but they must have made a decent impression since they shortly then made the leap from being a backing band to being the main performers on stage.

Make sure you catch up with their band in old familiar territory by getting tickets for their upcoming Orlando gigs.

Desperado had a strange inspiration

Their concept album called Desperado does actually have what could be the strangest inspiration for any album ever produced. In actual fact it was all thanks to a book on the Wild West that belonged to Glenn and the style and images in the book led to this rather different album. He was given the book before The Eagles started, but it does account for it being classed as a concept album when you take this into consideration.

The ‘Hell Freezes Over’ tour

1994 saw The Eagles get back together and perform on stage for the first time in years, which was apparently due to them singing together on a tribute album and discovering they were still very popular. The tour was called ‘Hell Freezes Over’ and it does sound like a strange name until you realize that it is the phrase that was used by Don whenever he was asked how likely it was that the group would get back together again. It turns out that Hell actually did not freeze over, but they have since gone on to perform countless numbers of shows around the world.

They once charged the most for a ticket

The Hell Freezes Over tour set a new record as The Eagles became the first band to charge $100 a ticket for the arena shows. This then inspired the likes of the Rolling Stones and other classic rock bands to go ahead and charge the same price as they saw that the ardent fans did not worry about paying that price and indeed the shows still sold out. It was seen as a bold move as a number of groups had thought about it, but were worried at hitting that three figure price. The Eagles showed them all that it was possible, but only if you are loved by your fans.

Their music has never been used elsewhere

Considering how so many bands sell the rights to their songs to be used in order to endorse various products it is nice to see that The Eagles have never allowed this to happen. Instead, they have constantly blocked their music being used even though they could have easily charged a fortune for them to do so and have been offered huge sums of money by a whole host of companies.