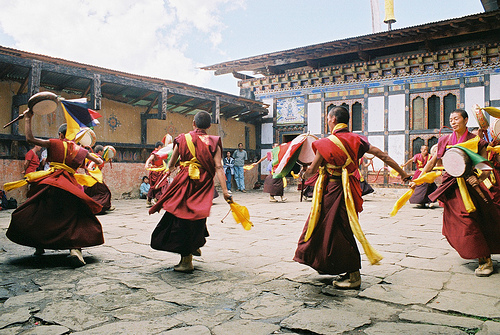 Goa is undoubtedly the beach capital of India. Its amorous appeal sees lots of foreign tourists flock its famous beaches in search of sun, sand, and probably a tan. What makes it even more appealing is the relaxed and relatively uncrowded atmosphere when compared to the rest of India. It is no wonder that the organizers of the Sunburn Festival picked this as the perfect location for this electric music festival.

Crowned the 9th best festival in the world by CNN in 2009, this event has continued to grow in appeal since its inception in 2007. The festival features the very biggest in international and Indian electric musicians and DJs. The 3 day festival sees performances by Carl Cox, Gareth Emery, DJ Sander Van Doorn, among many other big names. With over 22,000 party animals attending each year, the festival is the largest of its kind in Asia.

Stay at the Cidada de Goa, a great hotel perfect for escaping to when you need some well earned recovery time after a night (or day’s!) partying.

If you want to party full time, attend this year’s Sunburn festival for a 24 hour party experience like no other: the passion and color of India meets the celestial beats of electric music.

While India has certainly been exposed to international cultures for a long time, Bhutan is quite the opposite. The government literally limits the exposure of the people to elements of modernity. As a result, the culture of the Bhutanese people has been well preserved, and burst to the forefront during colorful festivals such as the Haa festival every summer.

If you’re on holiday in Bhutan head over to the exclusive Haa Valley in July, previously closed to foreigners until 2001. At the temple of the White Dove, you will get to witness one of Asia’s most significant festivals. You will be treated to a colorful mix of dances, sports, food, and music performed by the locals to appease deity. Indeed, though it is a religious ceremony, the mood is always celebratory, and the crowd is cheerful and enthusiastic.

When done, enjoy the serenity of the Haa valley, complete with traditional farmhouses, beautiful mountain scenery, and precious shrines.

Burma is one of Asia’s hidden gems. Closed out to the rest of the world due to political factors, the people have maintained a culture that is rich and enduring. Today, you have the chance to visit one of the last paradises on earth, Mandalay. So beautiful is this region, that once it is visited, it requires a repeat just to reaffirm the experience.

It is in this setting that the Dummy Elephant Festival takes place. This musical celebration pays homage to the elephant, a significant creature in that part of Asia. It involves giant elephant dummies manipulated by several men dancing around a hill. The precision and artistry required will leave you astonished. The accompanying drums and dobat create an exotic musical atmosphere, one that will remain etched in your memory forever. After the intricate dancing, you can enjoy delicious local delicacies prepared for special occasions. If you’re on holiday in Burma, this place is a must.

This is a guest post from Tom at Top Backpacking Destinations.